А – А А +
Обычная версия
Скрыть
News / News and Events / Meetings of H.E. Mr. Doskul Bekmurzaev, Minister of Energy and Industry of the Kyrgyz Republic during his visit to Turkey 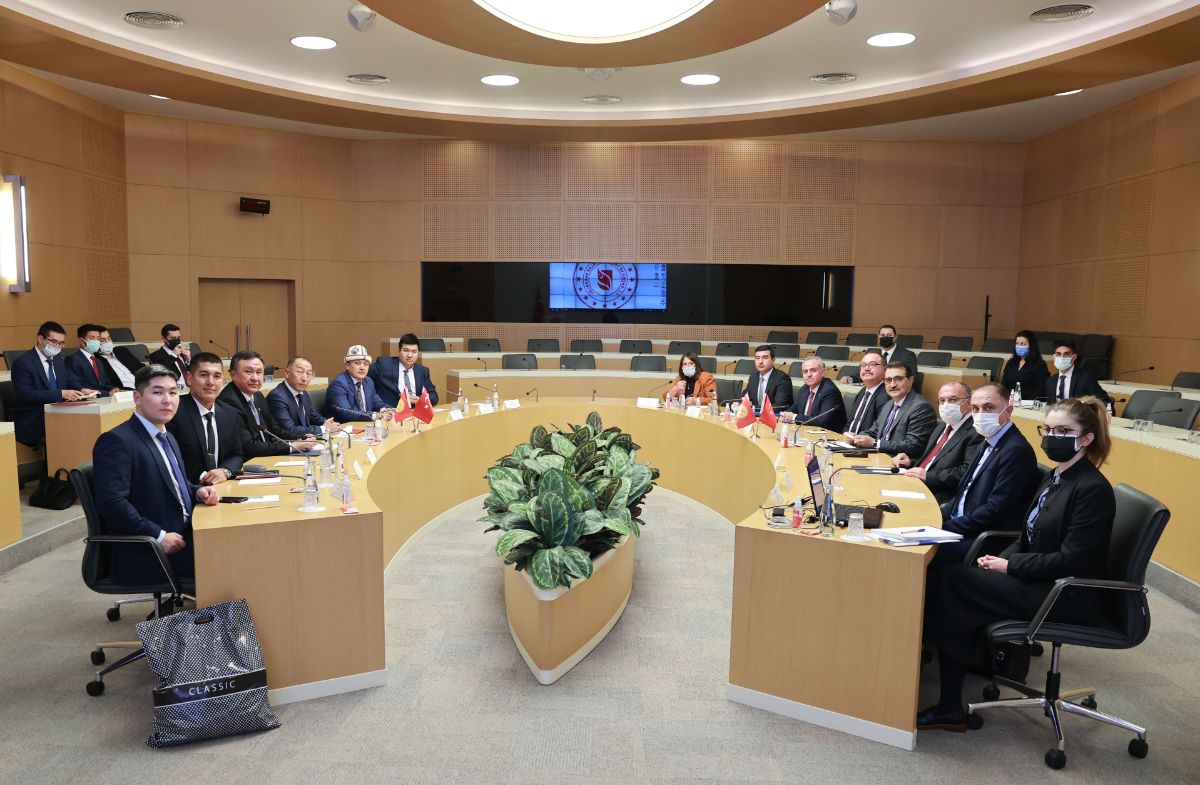 The parties discussed the development of bilateral cooperation between Kyrgyzstan and Turkey. Speaker Mustafa Sentop noted contacts at the highest and high levels, incl. exchange of visits on 2021. The Turkish side noted an increase in the volume of trade between the two countries by 55% for 7 months of 2021, compared to 2020, and expressed confidence in the implementation of the Protocol on plans for cooperation in the energy sector, which is planned to be signed between the ministries of energy of the Kyrgyz Republic and the Republic of Turkey.

During the meeting with Minister Donmez, the parties discussed cooperation between Kyrgyzstan and Turkey in the field of energy. Minister Bekmurzaev informed his Turkish counterpart regarding the hydropower potential of our country and called on Turkish companies to invest in the construction of hydropower plants in Kyrgyzstan, and also noted the possibilities and prospects for exporting generated electricity to other countries, incl. in the framework of the CASA-1000 project to Afghanistan and Pakistan.

Minister Donmez highly appreciated the hydropower potential of Kyrgyzstan and proposed to create a working group to discuss the details of further joint work of the two Ministries.

At the meeting with Minister Varank, the parties discussed the issue of creating an Organized Industrial Zone in Kyrgyzstan and agreed that the Turkish side will send an expert delegation to Bishkek to discuss the details of this project, as weel as the Kyrgyz side will provide a land plot and create conditions (electricity, water, etc.). The Ministers also signed a Memorandum of Cooperation.

During the meeting with the Deputy Minister of Finance and Treasury of the Republic of Turkey Mr. Sakir Ercan Gul and the General Director of EximBank of Turkey Mr. Ali Guney on October 7, 2021, the parties discussed possible financing of hydropower projects in Kyrgyzstan.