А – А А +
Обычная версия
Скрыть
News / News and Events / Opening ceremony of the Honorary Consulate of the Republic of Kyrgyzstan in Bursa . 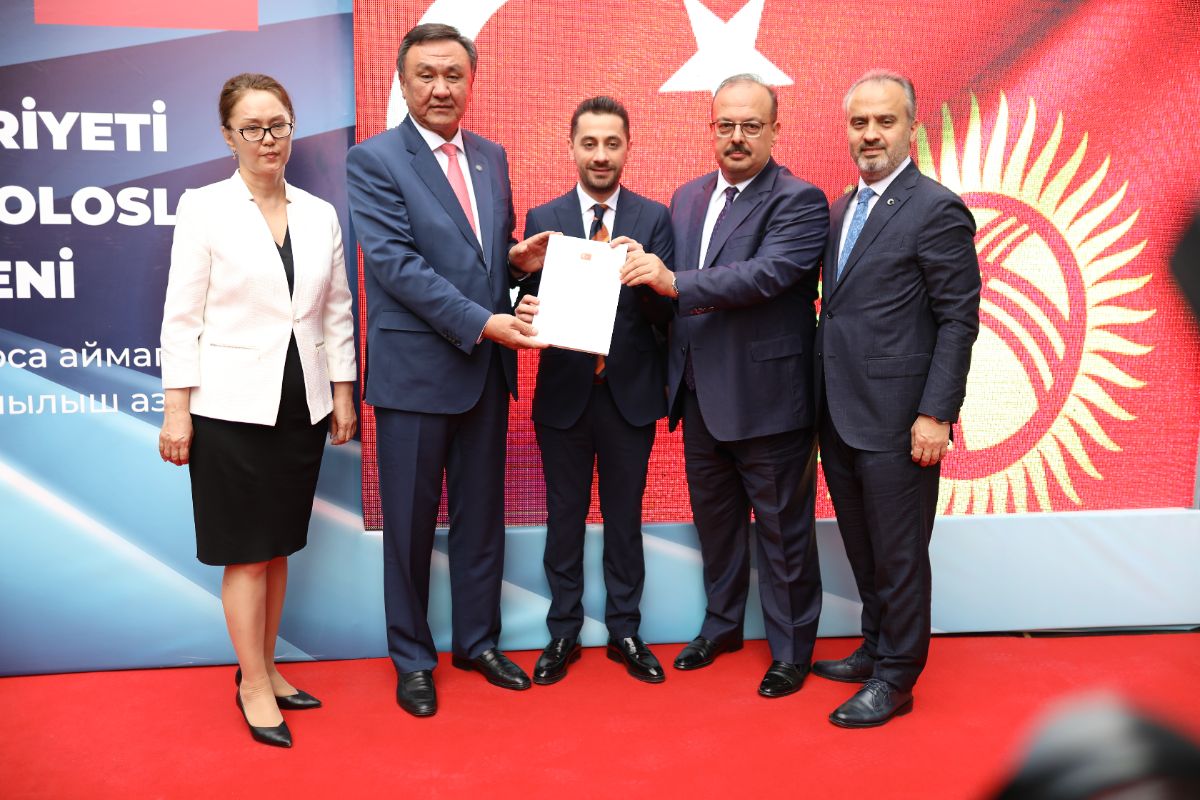 In his speech, K. Omuraliev expressed hope that the opening of the Honorary Consulate of the Kyrgyz Republic in the Bursa province will give impetus to the further development of mutually beneficial bilateral relations, including trade and economic area between the two countries. He also expressed hope that the newly appointed Honorary Consul Bilal Tutush will adequately cope with the tasks set to protect the rights and interests of Kyrgyz citizens staying in the province of Bursa.