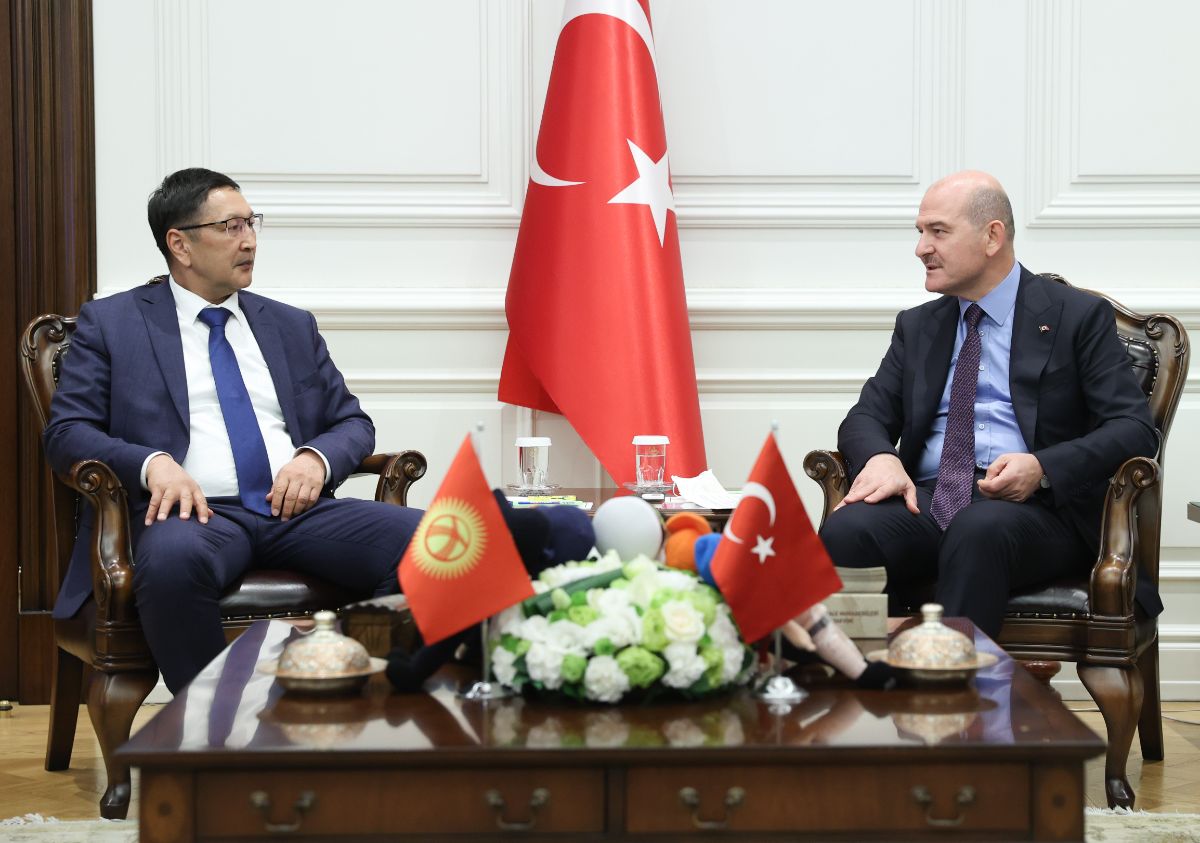 On October 12-15, 2021, the working visit of the delegation of the Ministry of Emergency Situations of the Kyrgyz Republic to Turkey headed by Minister Boobek Azhikeev took place.

On October 13, the Minister of Emergency Situations of Kyrgyzstan Azhikeev met with the Minister of Internal Affairs of Turkey Suleiman Soylu. During the meeting, the parties discussed issues of bilateral cooperation in the field of prevention and elimination of emergencies, the need for amendments and additions to the Intergovernmental Agreement of 2018, training and equipping the INSARAG group in the Kyrgyz Republic with the aim of Kyrgyzstan joining the International Search and Rescue Advisory Group, training of personal of the Ministry of Emergency Situations of the Kyrgyz Republic. The Turkish side acquainted the Kyrgyz delegation with the activities of the Coordination Center for Security and Emergency Situations (GAMER), where information about incidents and emergencies in Turkey is transmitted online and cyber security units on the prevention of gender-based violence by males against women, etc.

In order to familiarize and establish cooperation, during the visit, the Kyrgyz delegation visited a number of structural units of the Ministry of Internal Affairs of the Republic of Turkey, participating in the elimination of natural disasters and emergency sitiuations: Disaster and Emergency Management Presidency (AFAD), the command of the gendarmerie special forces and the coastal security command, Aviation Directorate of the General Directorate of Security.

On October 14, at a meeting with the leadership of the General Directorate of Forestry of the Ministry of Agriculture and Forestry of Turkey, the Turkish side informed regarding its activities in extinguishing forest fires in Turkey. Minister Azhikeev expressed the readiness of the Ministry of Emergency Situations of the Kyrgyz Republic to assist in extinguishing fires in Turkey.

On October 15, during a visit to the Turkish Contractors Association (TCA), the Kyrgyz delegation got acquainted with the activities of the Association and TCA member companies involved in construction, energy, finance, consulting, etc. sectors. Minister Azhikeev noted that Kyrgyzstan is interested in the implementation of joint projects with the participation of Turkish companies.

Ambassador Kubanychbek Omuraliev, who attended the meeting at the TCA, called on energy companies to invest in the Kyrgyz energy sector. He informed entrepreneurs that Kyrgyzstan uses only 10% of its hydropower potential and noted the conditions created by the state for investors, incl. exemption from VAT payment of imported equipment for the construction of small hydroelectric power plants and other power plants.

During a meeting with the President of the Turkish Cooperation and Coordination Agency (TIKA) Serkan Kayalar, the parties discussed the implementation of joint projects of the Ministry of Emergency Situations of the Kyrgyz Republic with TIKA, increasing the potential of the diving service of the Ministry, construction of a rehabilitation center for victims of natural disasters and rescuers of the Ministry.

At the end of the visit, the Kyrgyz delegation visited the monument to Manas, installed on August 31, 2021, by the Embassy together with the municipality Kechioren in the central square of the mentioned municipality of Ankara, where a meeting with the Mayor Turgut Altynok took place.