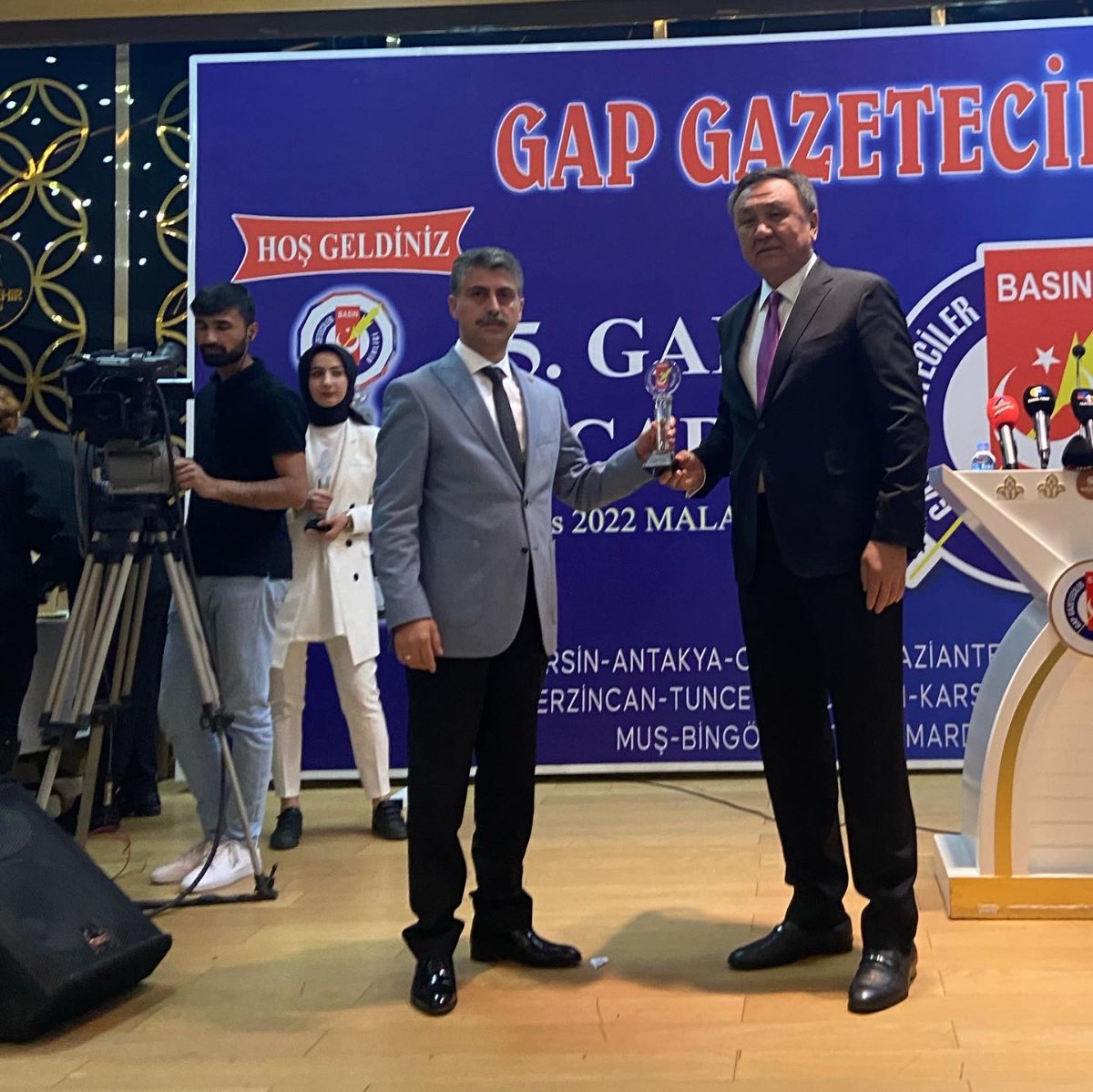 During the 15th awards ceremony of the Union of Journalists of Turkey “GAP”, which was held on May 14, 2022 in Malatya, Ambassador Extraordinary and Plenipotentiary of the Kyrgyz Republic to the Republic of Turkey Kubanychbek Omuraliev was awarded in the nomination “The Most Successful Ambassador of 2021”.

The award was presented to Ambassador Omuraliev for his contribution to strengthening friendship between Kyrgyzstan and Turkey, as well as to the development of tourism, the economy, and the volume of mutual trade.