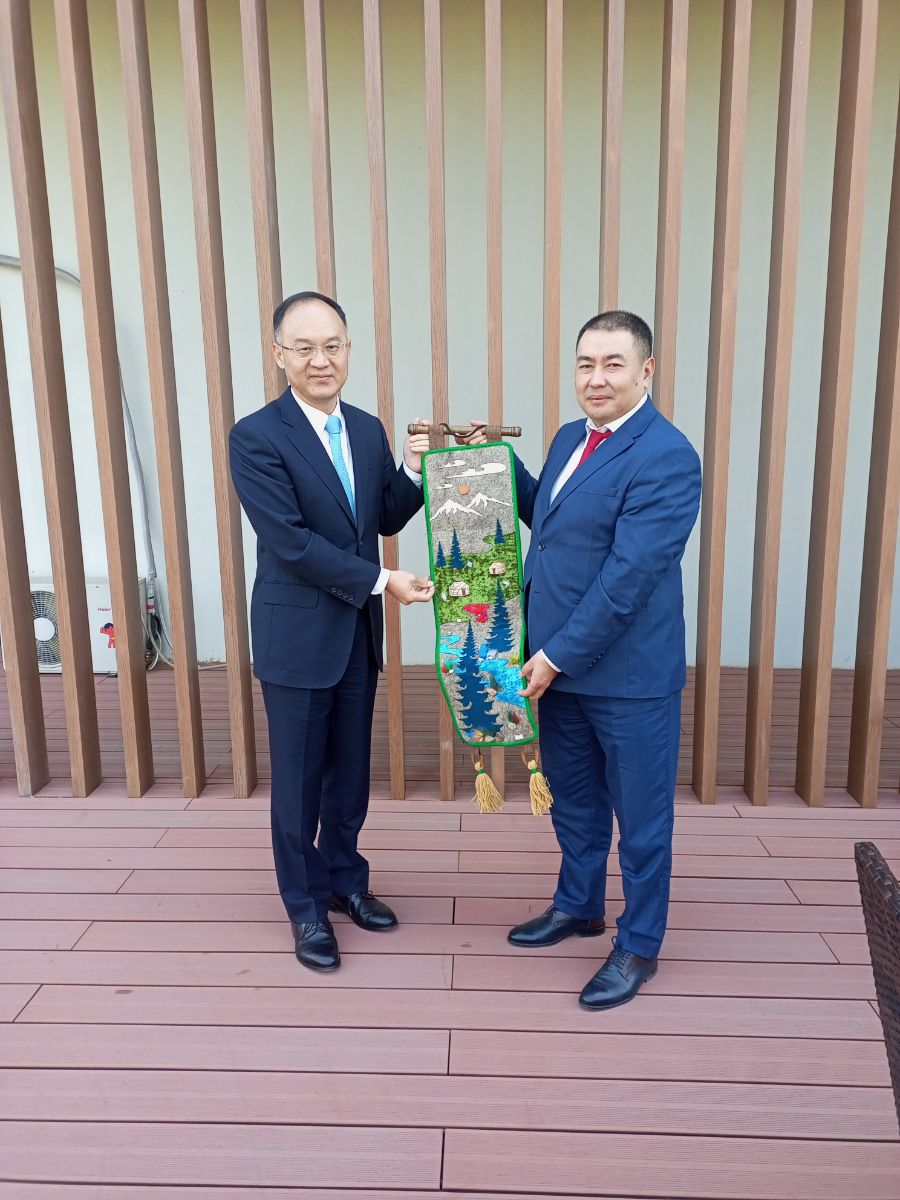 During the meeting, the parties discussed issues of mutual interest, as well as the regional and international agenda, including the situation in Afghanistan.

Ambassador U. Totuiaev noted the interest in the joint implementation of interstate projects in the transport and energy spheres, in particular, the need to intensify interaction within the framework of the Quadripartite Agreement between the Governments of the Kyrgyz Republic, the Republic of Kazakhstan, the People's Republic of China and the Islamic Republic of Pakistan on transit traffic for the development of regional trade -economic relations.

The parties agreed to further maintain contacts between the diplomatic missions of the two countries, aimed at the comprehensive development of cooperation within the framework of the regional agenda.