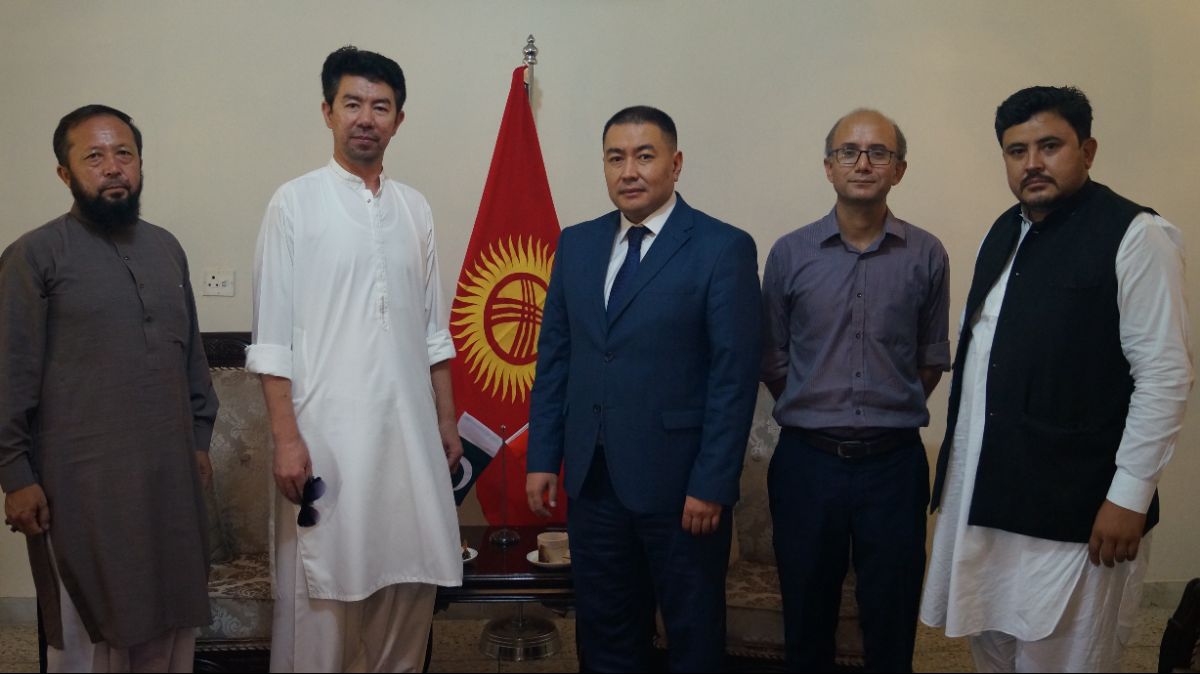 On September 17, 2021, in Islamabad Ambassador Extraordinary and Plenipotentiary of the Kyrgyz Republic to Pakistan H.E. Mr.Ulanbek Totuiaev met with representatives of ethnic Kyrgyz living in Pakistan.

During the conversation, Ambassador U.Totuiaev noted the significant role of ethnic Kyrgyz in the development of cultural and historical ties between Kyrgyzstan and Pakistan and also informed about the readiness to provide comprehensive assistance in solving various legal, social and everyday issues.

In their turn, representatives of the ethnic Kyrgyz people congratulated Ambassador U.Totuiaev with his appointment and expressed interest in further joint work aimed at developing Kyrgyz-Pakistani relations and strengthening the image of Kyrgyzstan in the host country.

The parties agreed to organize in the near future the visit of Ambassador U.Totuiaev to places of compact residence of Kyrgyz people in Pakistan with the aim of carrying out information work aimed at increasing the legal literacy of ethnic Kyrgyz and Kairylmans intending to move to the Kyrgyz Republic.