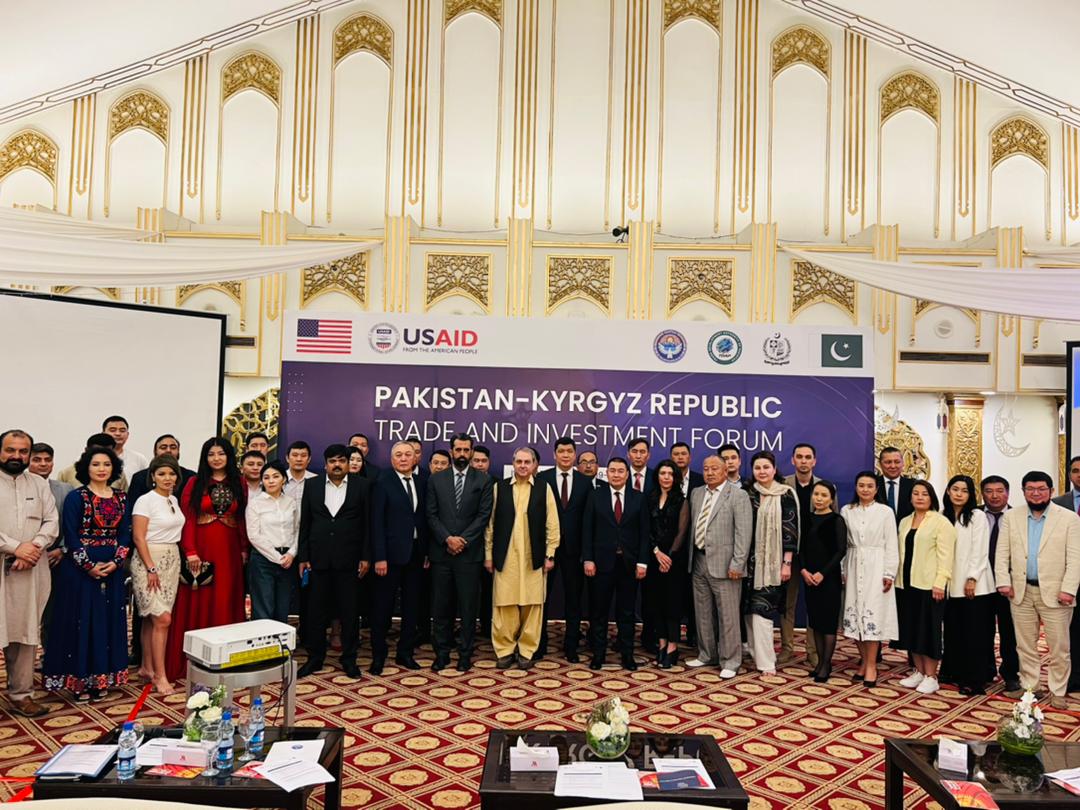 On April 19, 2022, at the Marriott Hotel in Islamabad, by the initiative of the Embassy of the Kyrgyz Republic to the Islamic Republic of Pakistan, with the support of the USAID Regional Office for Economic Integration, the Government of the Islamic Republic of Pakistan and the Chambers of Commerce and Industry of Islamabad and Rawalpindi, the opening ceremony of the Kyrgyz-Pakistani Trade & investment forum with the participation of representatives of the Kyrgyz and Pakistani business circles was organized.

The purpose of this event is to establish and develop contacts between the business circles of the Kyrgyz Republic and the Islamic Republic of Pakistan.

During the forum, Kyrgyz businessmen made presentations on the economic opportunities in such spheres as pharmaceuticals, textiles, logistics, IT and energy sectors, industry, agriculture, food industry, and construction.

Within the framework of the events, there were organized B2B meetings between the representatives of the business circles of the two countries.

The Kyrgyz-Pakistani trade and investment forum will last until April 23 and continue in the cities of Islamabad and Lahore.