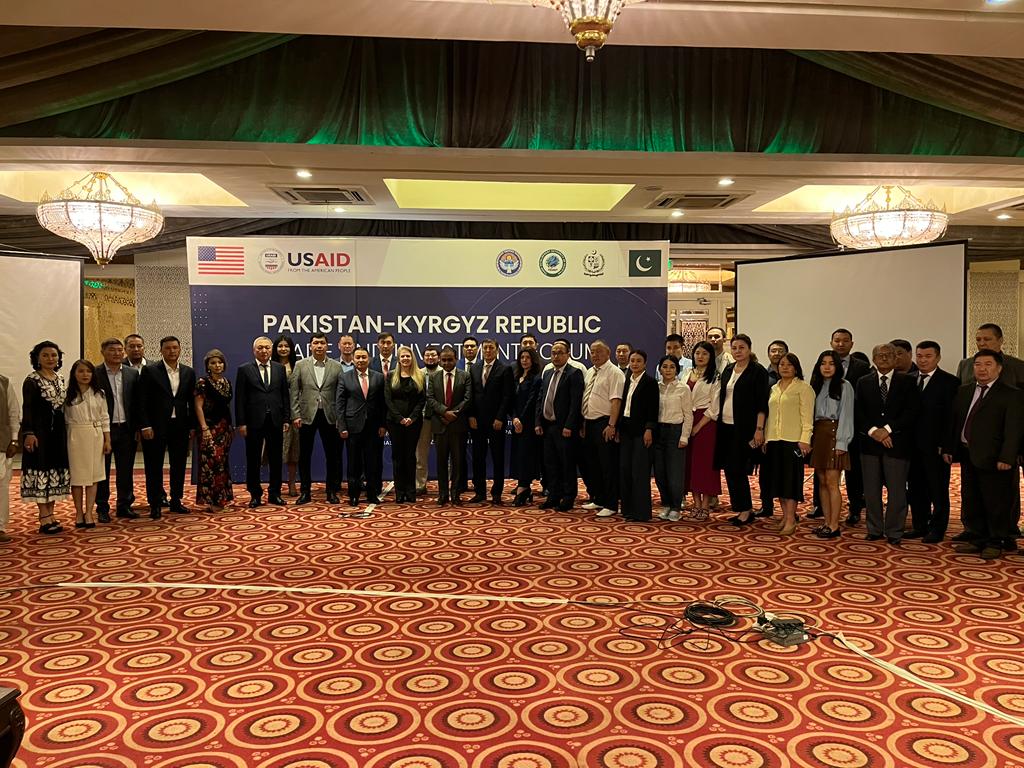 On April 19–22, 2022, the Kyrgyz-Pakistani Trade & investment forum was held in the cities of Islamabad and Lahore of the Islamic Republic of Pakistan and was attended by the representatives of the Kyrgyz and Pakistani business circles.

The forum was held as part of the work carried out by the Embassy of Kyrgyz Republic to the Islamic Republic of Pakistan to promote the economic diplomacy by establishing and further developing business contacts between representatives of the business community of the two countries with the main goal to strengthen mutually beneficial trade and economic relations, as well as investment cooperation between both countries. Among the main tasks of organizing such events there is the promotion of economic cooperation between the Kyrgyz Republic and the Islamic Republic of Pakistan, which will help strengthen interaction and also open new markets for trade and investment between the countries of the region.

The Kyrgyz delegation included participants operating in the fields of agriculture, logistics, pharmaceuticals, tourism, food production, construction, the IT industry, the textile industry, etc., representatives of the Administration of the President of the Kyrgyz Republic, the Investment and Development Agency of the Kyrgyz Republic, Kyrgyz Union of Industrialists and Entrepreneurs, as well as the General Directorate of the Free Economic Zone "Bishkek".

During the main sessions of the above mentioned forum, held in two cities of Pakistan with the participation of business circles of Kyrgyzstan and Pakistan, the Ambassador of Kyrgyzstan in Pakistan H.E Mr. U.A.Totuiaev, Head of the Department of control on the fulfillment of the decisions of the President and the Cabinet of Ministers of the Kyrgyz Republic Mr. A.D.Djunushaliev, Head of the USAID Regional Office for Economic Integration Bano Burki, as well as Presidents of the Chambers of Commerce and Industry Islamabad, Rawalpindi and Lahore delivered their speeches.

The Ambassador U.A.Totuiaev informed about the ongoing reforms in the Kyrgyz Republic aimed at improving the economy and investment climate. Also, special emphasis was placed on the need for a comprehensive active development of trade, economic and investment opportunities between the Kyrgyz Republic and the Islamic Republic of Pakistan, in particular, taking into account the significant unrealized potential in this area. He called on the participants of the event to actively interact and establish mutually beneficial cooperation, in particular, in such promising areas as agriculture, the energy sector, the textile industry, mining and many others.

During the forum, representatives of Kyrgyz companies showed detailed presentations on their activities, as well as areas of interest in Pakistan market. At the same time, the Pakistani side provided extensive information on the conditions and advantages of doing business in Pakistan, the trade and economic potential between the two countries and the prospects for its development, as well as other information useful for representatives of the Kyrgyz business community interested in interacting with Pakistan. On the sidelines of the event, B2B meetings and negotiations were hold between representatives of business circles from the Kyrgyz and Pakistani sides.

As a result of the forum, below mentioned bilateral documents were signed:

- «Memorandum of Understanding and Cooperation» between the General Directorate of the Free Economic Zone “Bishkek” and the International Special Economic Zone “Pvt. OOO".

-  «Memorandum of Understanding» between the LLC “By Elim Company” and the HAC AGRI Limited in sphere of sugar supplies.