А – А А +
Обычная версия
Скрыть
News / News and Events / The Ambassador Extraordinary and Plenipotentiary of the Kyrgyz Republic to the Islamic Republic of Pakistan Ulanbek Totuiaev met with the Senior Vice President of the Federation of Pakistan Chambers of Commerce and Industry Suleman Chawla and its honorary members. 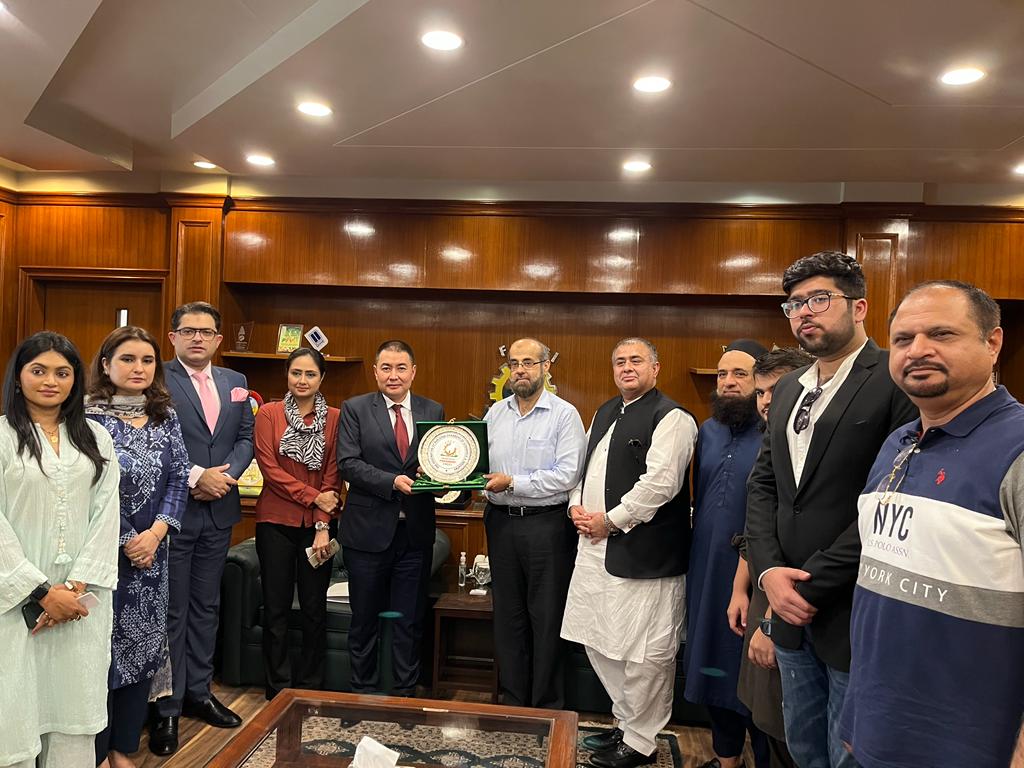 During the meeting, the parties paid special attention to topical issues of trade, economic and investment cooperation between Kyrgyzstan and Pakistan, noting the vast potential for further fruitful cooperation. They also discussed the possibilities of intensifying work in such areas as the textile, industry, pharmaceuticals, energy, agriculture, etc.

Ambassador U.Totuiaev informed the Pakistani side about the ongoing reforms in Kyrgyzstan aimed at developing the economy and improving the investment climate in the country. Emphasizing the importance of establishing and developing contacts between the two countries in order to strengthen regional cooperation, he called on representatives of the business community of the Islamic Republic of Pakistan to consider the possibility of establishing business relations with the Kyrgyz side.

On the same day, Ambassador U.Totuiaev visited the head office of the non-governmental organization "Saylani Welfare International Trust", which is engaged in supporting vulnerable segments of the population, as well as implementing various social projects. Within the framework of this visit, he met with the Chairman of this organization Bashir Faruk Kadri.

During the above-mentioned meeting, Ambassador U. Totuiaev emphasized that the implementation of such projects is very important for ensuring social stability in the state. In this regard, he expressed hope that similar initiatives would be successfully implemented in other countries.