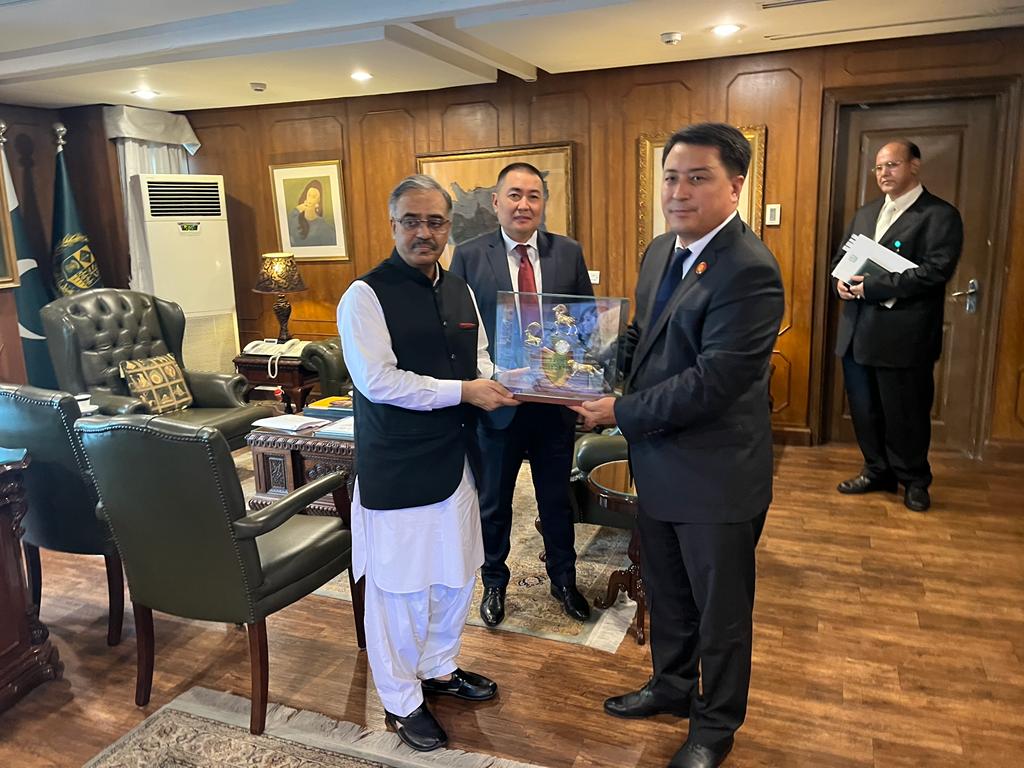 During the meeting, the parties discussed issues of political, trade, economic, cultural and humanitarian cooperation between Kyrgyzstan and Pakistan, and exchanged views on topical issues of the regional and international agenda, including the situation in Afghanistan.

The parties noted the need for practical implementation of the existing potential in the development and strengthening of cooperation in the field of trade, investment, education, tourism, as well as close bilateral cooperation within the framework of regional and international platforms.

Noting the 30th anniversary of the establishment of diplomatic relations this year between the Kyrgyz Republic and the Islamic Republic of Pakistan, Deputy Minister A. Artykbaev proposed holding a number of joint events in the capitals of the two states, including organizing mutual visits at the highest and high levels, as well as developing and signing a Cooperation Program between Kyrgyz Republic and Islamic Republic of Pakistan for 5 years, which will give a significant impetus to Kyrgyz-Pakistani bilateral cooperation.