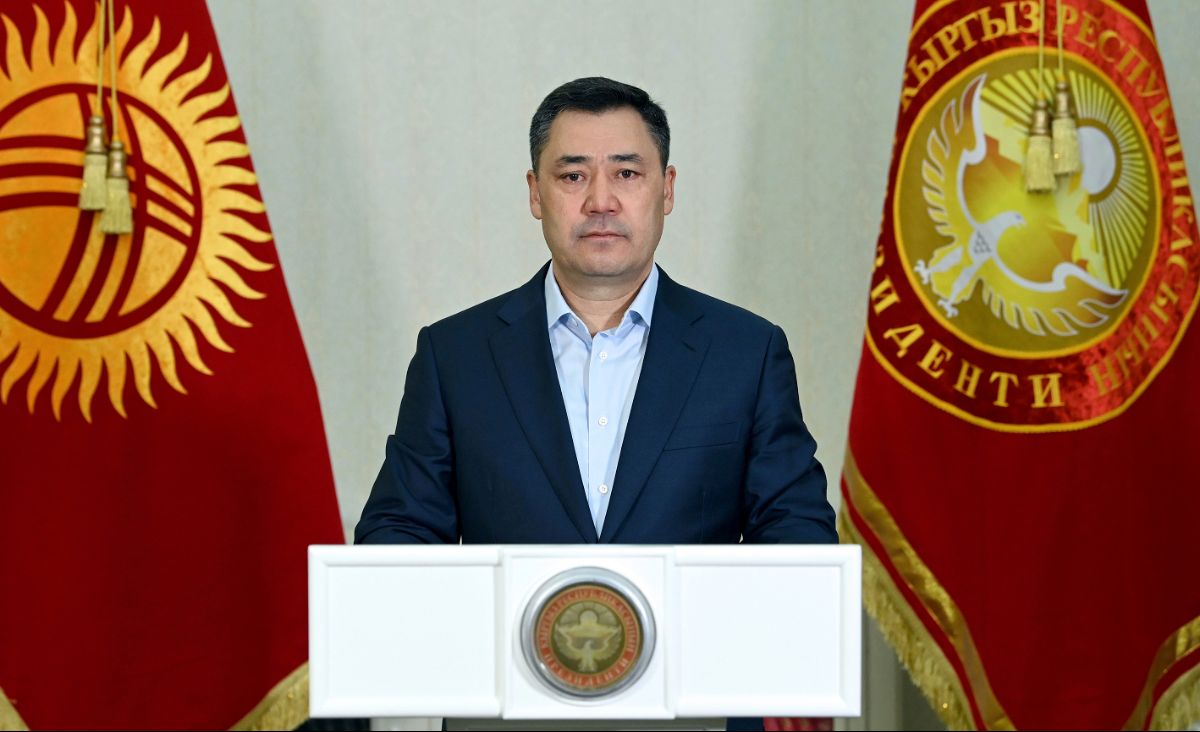 President of the Kyrgyz Republic Sadyr Japarov today, on September 19, made an appeal to the people of Kyrgyzstan in connection with the armed conflict from September 14 to 17, 2022.

Here is the text of the address of the Head of State:

We constantly prove that we are a people of high dignity who value unity in any trouble.

No one will be able to spoil this value of our nation as long as the blood of our Great Manas flows in our veins!

We were able to give the world an idea of what the power of harmony and unity would be in the event of an attack on the Fatherland.

I bow my head to the mothers who gave birth and brought up those, who loved their country and sacrificed their lives. The bravery of each of the heroes will live forever in the memory of the people of Kyrgyzstan.

I express my deepest condolences to the families and friends of every soldier who died defending the Fatherland. Today, the people of Kyrgyzstan pay tribute to our heroic sons and thank them from the bottom of their hearts.

«Brave men are always on the border of the state, standing in the face of the enemy!" No one has the right to penetrate into the sovereign state. Those who protected the borders will be in our hearts forever. The state will take care about the future of their families and children.

Having heard about the bloody conflict at the Batken border, every single citizen expressed that they were against such behavior by the invaders.

Compatriots from all the regions of the republic, on their own initiative organize various kinds of aid to Batken. I adore such a unity of our people!

At a time like this, all government agencies are taking great care to ensure that our affected compatriots cope with what has happened to ease their hardships.

There are enough funds in the state budget and we are able to fully provide for our soldiers and the displaced citizens.

We also have funds for the rapid reconstruction of homes destroyed in the fighting. In spite of the difficulties, the country is able to stand up as one against any challenges.

This is the envy of our enemies, both internal and external.

Only two years ago there was a shortage of weapons and ammunition in our army, there was not even enough uniforms for our soldiers. Today it is not the case.

Our army is being strengthened both morally and materially by efforts from various sides.

Today, the deadly shootings on the border is ceased, but there are provocative words in the Internet space. We must remember that such talk, which hints at the edge and distorts people's consciousness, is aimed at stoking a fire between us and our neighboring countries!

"Malice is the enemy, mind is the friend, be reasonable!". Don't believe speculative, unreliable information and don't fall into the traps of those who are stoking the fire. Let us not fall into the language of evil conspiracies and groundless slander of strategic partners, friendly countries, and sympathetic nations.

In such turbulent circumstances, I would like you to trust the information provided only by official bodies. Because nowadays, border security, information security - everything is under close scrutiny.

Border related issues of our state are gradually being resolved. As you know, the issue of defining the border with the Republic of Uzbekistan was resolved before, the final documents remain to be officially documented.

To date, the only problems are on the border with the Republic of Tajikistan. We continue to strive for an expeditious resolution of the Kyrgyz-Tajik border in a peaceful way.

Another point, please be patient, young people who say they will go to Batken. The military capabilities of the state should not be considered as before.

Thank God the situation in our army today is different. We have the strength and capabilities to fully respond to those who want to violate our borders.

Proof of this is that those who invade our homeland's borders have received an equal response. In general, please maintain domestic peace and support the efforts of state authorities and the armed forces.

Dear friends, if we are united and friendly, we will overcome any difficulties.

May our unity be strengthened! Do not forget that we are descendants of the Great Manas!

Let the sky above our beloved Kyrgyzstan be open, let there always be peace in Batken region».