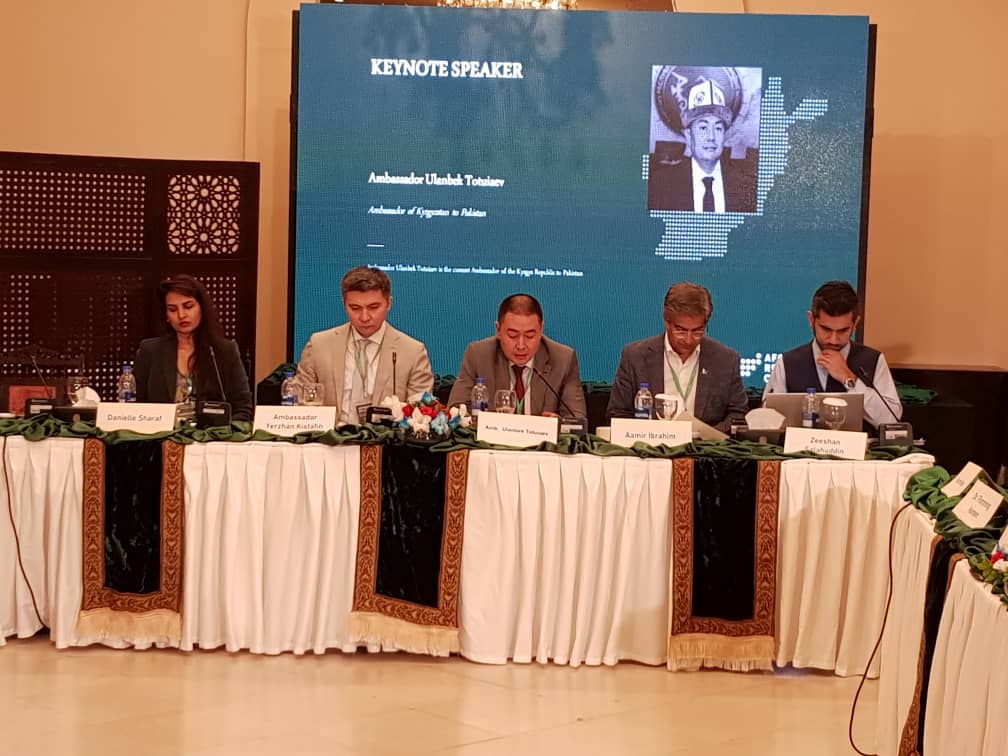 On September 21, 2022, The Ambassador Extraordinary and Plenipotentiary of the Kyrgyz Republic to the Islamic Republic of Pakistan H.E. Mr. Ulanbek Totuiaev took part in the international conference "Regional Collective Dialogue on Afghanistan", organized by the Center for Regional and Global Relations of the Pakistani non-governmental organization "Tabadlab" and the Royal Danish Defense College.

At the event, which was attended by representatives of the IT sector, academic circles and government agencies of the host country and foreign countries, as well as heads and members of diplomatic missions accredited in Pakistan, the participants discussed current issues and prospects for the development of the situation in Afghanistan, international trade and transit through Afghan territory, as well as interactions between representatives of the business circles of the countries of the region.

During the 3rd section “Digital Communications” of the conference, Ambassador U.Totuiaev, touching upon the current situation in the region, announced the official position of the Kyrgyz Republic on the armed aggression of the Republic of Tajikistan on September 14-17, 2022.

He emphasized the importance of promoting business relations between the business structures of Kyrgyzstan and Pakistan to enhance bilateral trade, economic and investment cooperation.