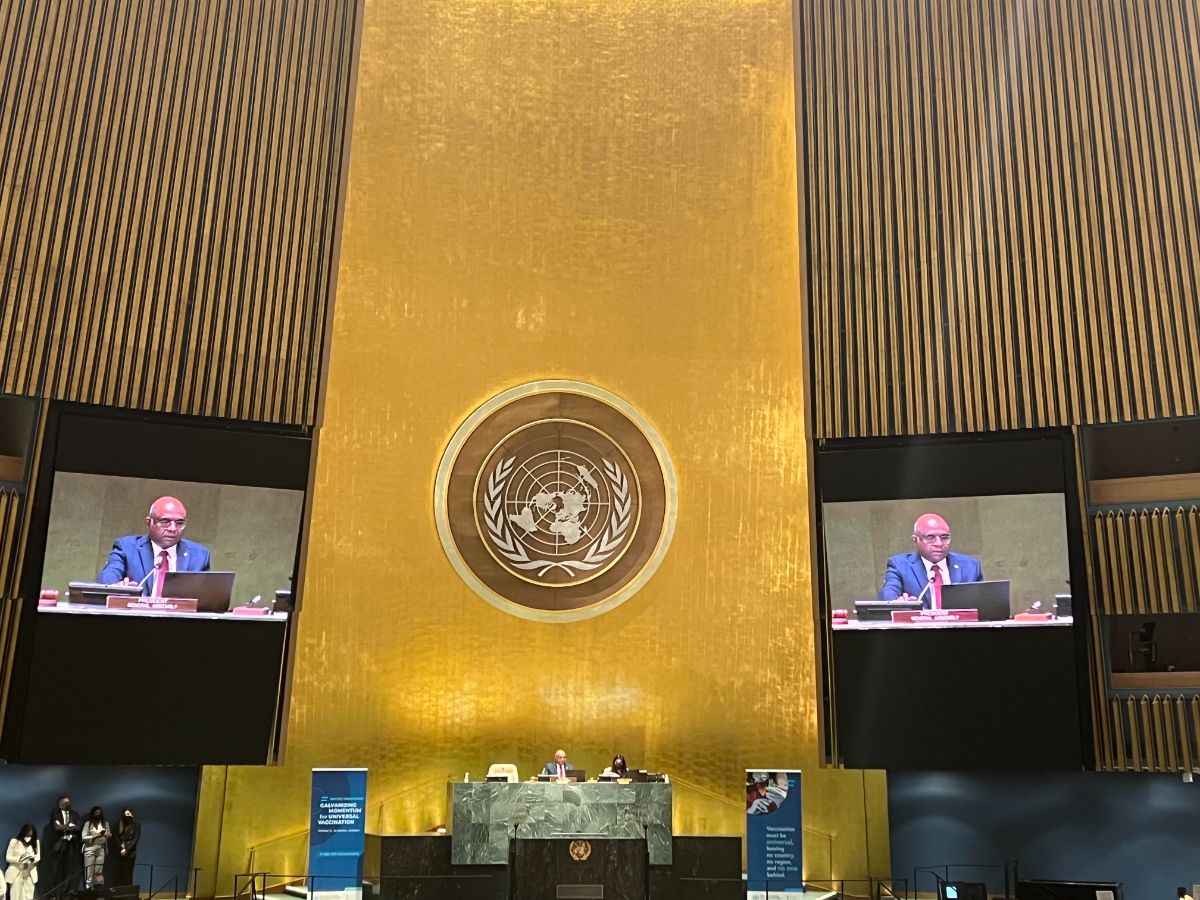 The event was also attended by UN Secretary-General António Guterres, President of the UN Economic and Social Council Collen V. Kelapile, Director-General of the World Health Organization Tedros A. Ghebreyesus, who briefed Member States on the ongoing work on global vaccination.

In the stamen of the Permanent Mission of the Kyrgyz Republic it was noted that the COVID-19 pandemic has become one of the main reasons of the economic downturn in Kyrgyzstan and remains a serious test for the healthcare system. Member states were informed about the ongoing work of state bodies of the Kyrgyz Republic on ensuring sanitary and epidemiological safety in the country.

It was also noted that in September 2020 the Kyrgyz Republic went through all the procedures and became a member of the COVAX platform, within which AstraZeneca and Pfizer vaccines are being supplied. Sputnik V and Sinopharm vaccines are supplied on the basis of interstate agreements. It was emphasized that since December 20, 2021, immunization with a booster dose has been carried out in Kyrgyzstan for all citizens who have previously received a full course of primary vaccination against COVID-19.

Kyrgyz side also called on all stakeholders to promote research initiatives, increase access to innovation, technology transfer and knowledge sharing in response to the COVID-19 pandemic. In addition, the need was noted for transparency in all matters related to the production, distribution, and pricing of vaccines, which will allow all countries to have fair and universal access to quality COVID-19 vaccines.