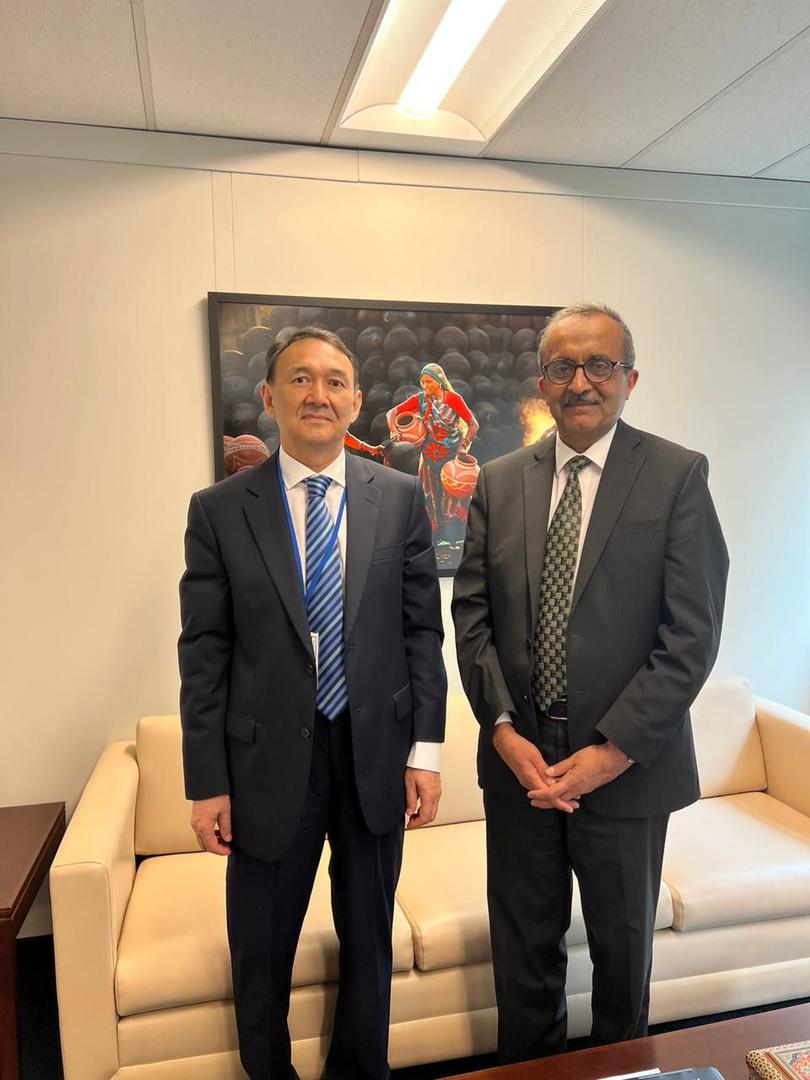 The Special envoy of the President of the Kyrgyz Republic for the implementation of the "Five Years of Action for the Development of Mountain Regions" (Five Years of Action), Nurlan Aitmurzayev, during his visit to New York to present the concept of this initiative, held meetings with Jamil Ahmad, Director of Intergovernmental Affairs at the UN Environment Programme Office in New York, Eliot Minchenberg, Director of the UNESCO Office in New York, Guangzhou Qu, Head of the FAO Office in New York, Juliette Biao, Director of the Secretariat of the UN Forum on Forests, as well as a representative of the Office of the High Representative for the Least Developed Countries, Landlocked developing countries and small island developing States by Gladys Mutangadura.

During the meeting, the Special Representative informed in detail about the concept of the "Five Years of Action for the Development of Mountain Regions", and announced a set of mountain initiatives of Kyrgyzstan aimed at solving the problems faced by mountain countries. In particular, he noted that the Kyrgyz side will propose to create a coalition of mountain countries to more effectively defend their interests in the UN. In addition, within the framework of the 77th session of the UN General Assembly, it is planned to put forward a resolution declaring 2023-2027 this “Five Years of Action”. In this regard, the Kyrgyz side appealed to these international organizations to join the implementation of this initiative as implementing agencies.

Representatives of international organizations in turn noted that the proposals of the Kyrgyz side are interesting and assured of further consideration of them with due attention.