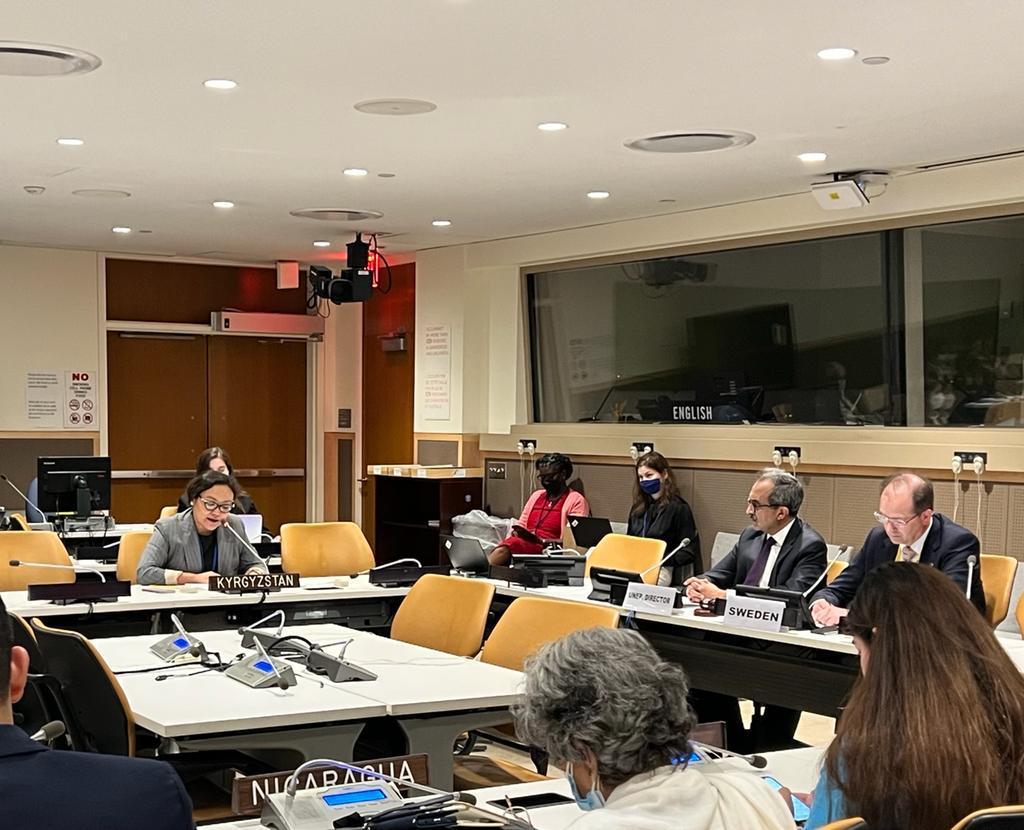 Permanent Representative of the Kyrgyz Republic to the UN in New York Aida Kasymalieva took part in the event on World Environment Day, organized by the UN Environment Programme. The theme for World Day 2022 is "Only One Earth".

The event was attended by the heads of permanent missions of member states to the UN in New York, as well as their representatives. In the welcoming part, the speech of the UN Secretary-General António Guterres was announced, the representative of Sweden, where the International Meeting "Stockholm + 50" was held, and the mayor of Gretna, Louisiana, USA spoke.

In her speech, Aida Kasymalieva noted planetary crises such as climate change, destruction of ecosystems and environmental pollution, which have a disproportionately strong impact on mountainous countries, including Kyrgyzstan. In this regard, she informed about the complex of the country's initiatives aimed at solving these problems. In particular, the Permanent Representative informed about the announcement by the UN General Assembly of 2022 as the International Year of Sustainable Mountain Development, the intention to initiate a resolution on the announcement of the “Five Years of Action for the Development of Mountain Regions”, as well as the further promotion by the Kyrgyz side of the idea of establishing a Mountain Countries Development Fund and developing a Special Program United Nations for the Conservation of Mountain Forests. Called to support the efforts of Kyrgyzstan and all mountainous countries to contribute to their effective achievement of the SDGs in the context of climate change, biodiversity protection, environmental security, and a green recovery after the coronavirus pandemic.

For reference: Every year on June 5, World Environment Day is celebrated. The event was established by the UN General Assembly at the 27th session by resolution No. A / RES / 2994 (XXVII) of December 15, 1972. The chosen date has a symbolic meaning. It is timed to coincide with the opening day of the Stockholm Conference on the problems of the human environment. The conference considered the concept of sustainable development as a concept of human progress. The participants created the Stockholm Declaration. The document established 26 principles of environmental conservation, placed responsibility and obligations on the state in environmental matters.