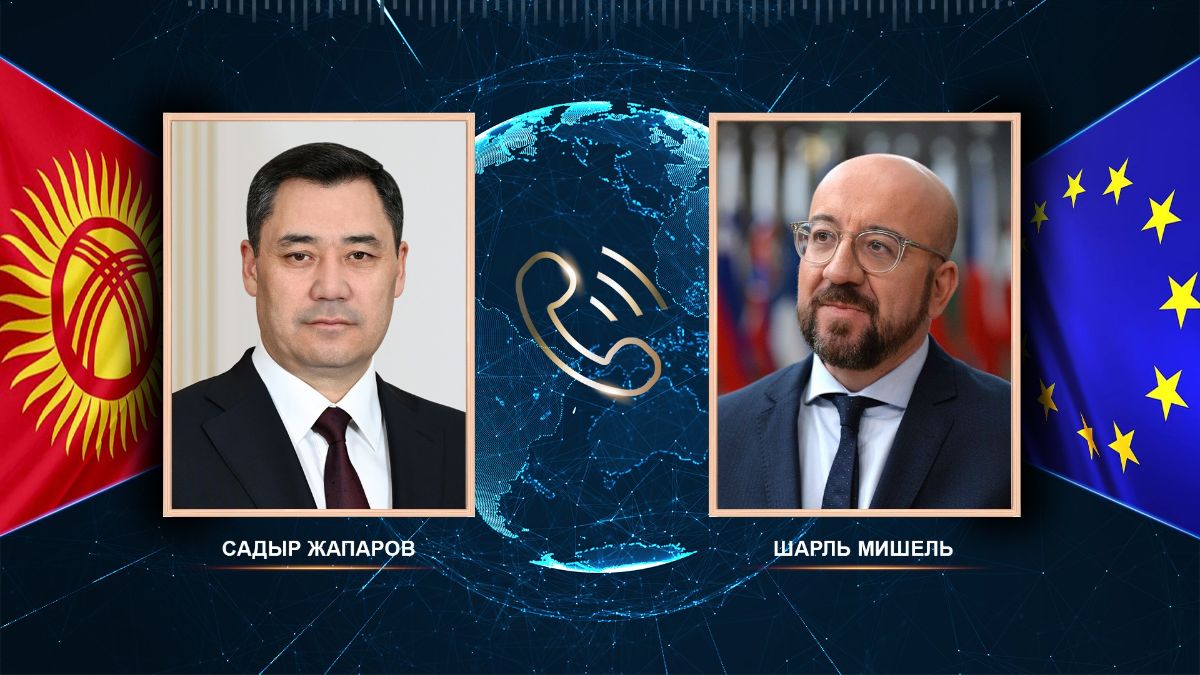 The dialogue took place at the initiative of the European Council.

During the telephone conversation, the parties discussed topical issues of Kyrgyz-European multifaceted cooperation, and also exchanged views on the development of the situation in the region, including the current situation in Afghanistan.

Charles Michel, President of the European Council conveyed his best congratulations on the occasion of the 30th anniversary of Kyrgyzstan's independence.

He noted that the European side is looking forward to Sadyr Japarov's visit to Brussels this year.

Sadyr Japarov expressed gratitude to Charles Michel for warm wishes on the occasion of the anniversary date of the proclamation of the independence of the Kyrgyz Republic.

He especially focused on the fact that for Kyrgyzstan the strengthening of a comprehensive partnership with the European Union is one of the priorities of foreign policy.

President Sadyr Japarov, stressing that in recent years cooperation at the bilateral level has been expanding, confirmed the readiness of the Kyrgyz side to further expand and strengthen cooperation.

Charles Michel confirmed his readiness to send a representative delegation to Bishkek to participate in the "Central Asia - European Union" business forum, which is planned to be held in November this year.