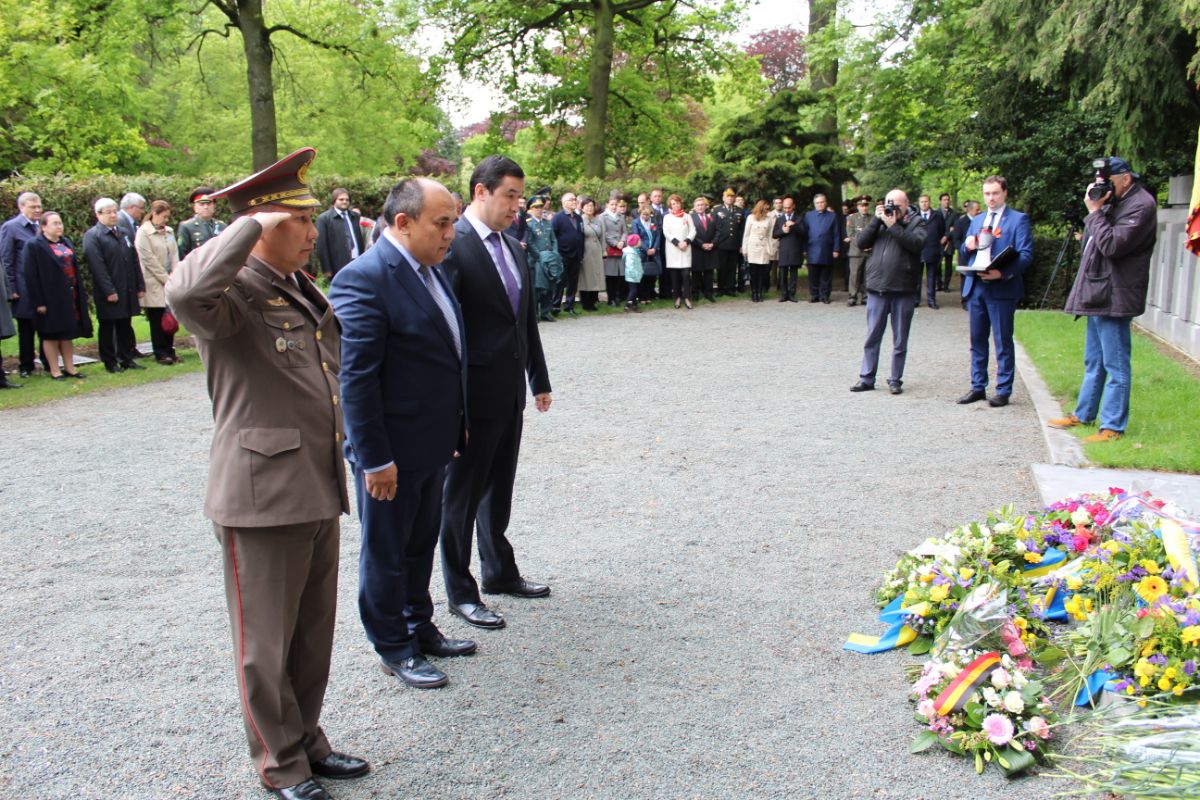 On May 9, 2019, on the occasion of the 74th anniversary of the Victory in the Great Patriotic War, Ambassador Extraordinary and Plenipotentiary of the Kyrgyz Republic to the Kingdom of Belgium H.E. M.Djumaliev, the members of the Embassy and the representative of the Kyrgyz Republic to the NATO took part in the ceremony of laying wreaths at the graves of Soviet soldiers who died during the Second World War, and also participants of the Belgian Resistance at the Central Brussels Cemetery.

The event was also attended by the diplomatic corps, accredited to Belgium, military attaches, representatives of international organizations and local authorities.