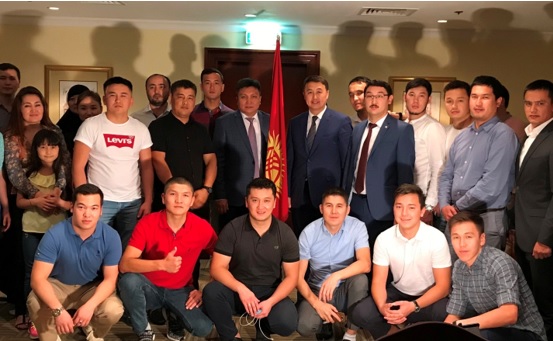 On October 25, 2018, the Consulate General of the Kyrgyz Republic in Dubai held a legal advisory workshop for the compatriots living in the UAE. Representatives of the MBH Advocates & Legal Consultants law firm, one of the experienced companies in the Emirates, were invited to the workshop.

For the convenience of our citizens, the workshop was held in Russian to allow them to better understand the topics and get answers to various questions.

The event was attended by 60 people. Thanks to the activists and moderators of the Dubaidagy Kyrgyzdar and Kyrgyz Club UAE groups in the social networks, the workshop was broadcast online on Instagram and Facebook.

The Deputy Prime Minister of the Kyrgyz Republic received the necessary information from compatriots, and open dialogue and exchange of views took place. Compatriots thanked the Consulate General for organizing the event.