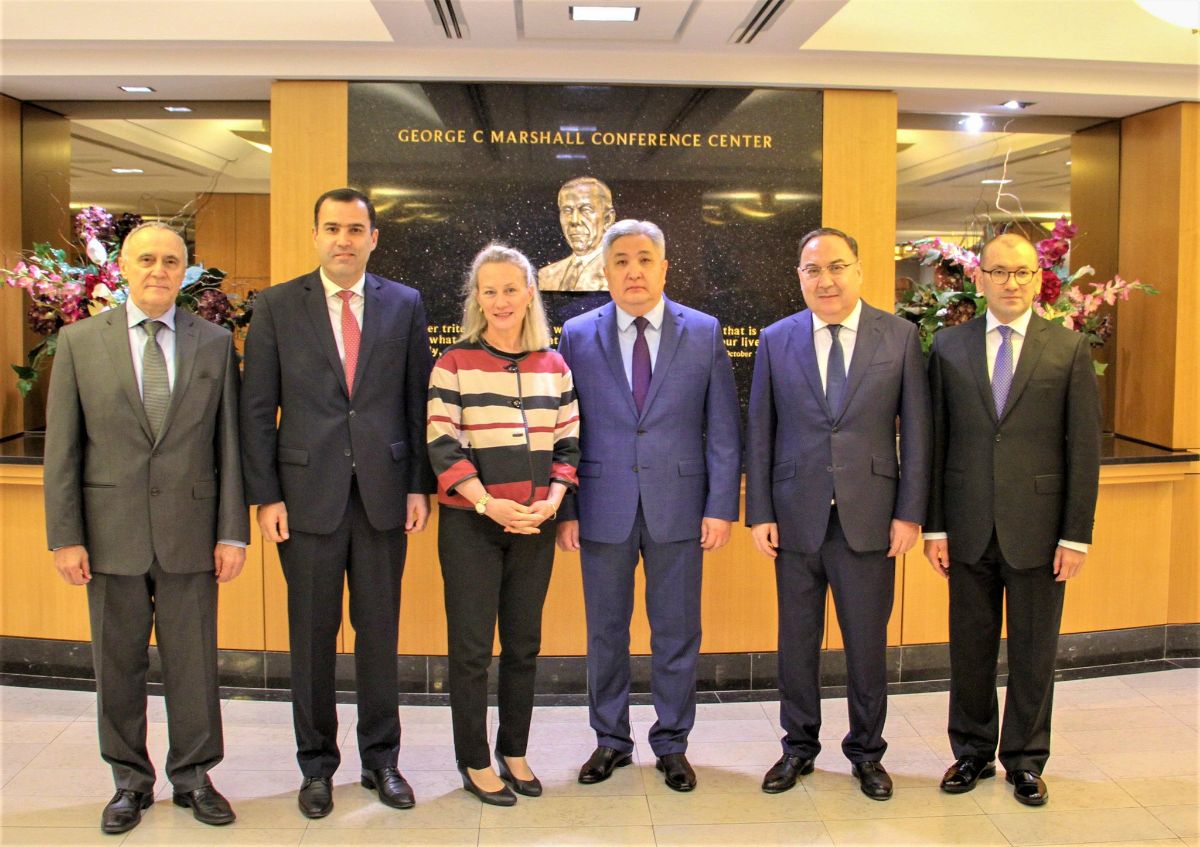 On September 6, 2019, within the framework of “Central Asia + USA” interaction format the United States Department of State held a collective meeting of Central Asian Ambassadors with Acting Assistant Secretary of State Alice G. Wells. Ambassador Extraordinary and Plenipotentiary of the Kyrgyz Republic to the USA Bolot Otunbaev took part in the meeting from the Kyrgyz side.

The parties discussed the preparation process for the C5+1 meeting with the participation of Central Asian Foreign Ministers and the US Secretary of State which is planning to be held on the sidelines of the UN General Assembly session. C5+1 meeting provisional agenda contains three main issues: cooperation in the field of fighting against international terrorism, strengthening borders and economic interaction.

The meeting participants also reflected their priorities in these areas and agreed to continue cooperation within the framework of the format based on mutual benefits and national interests.