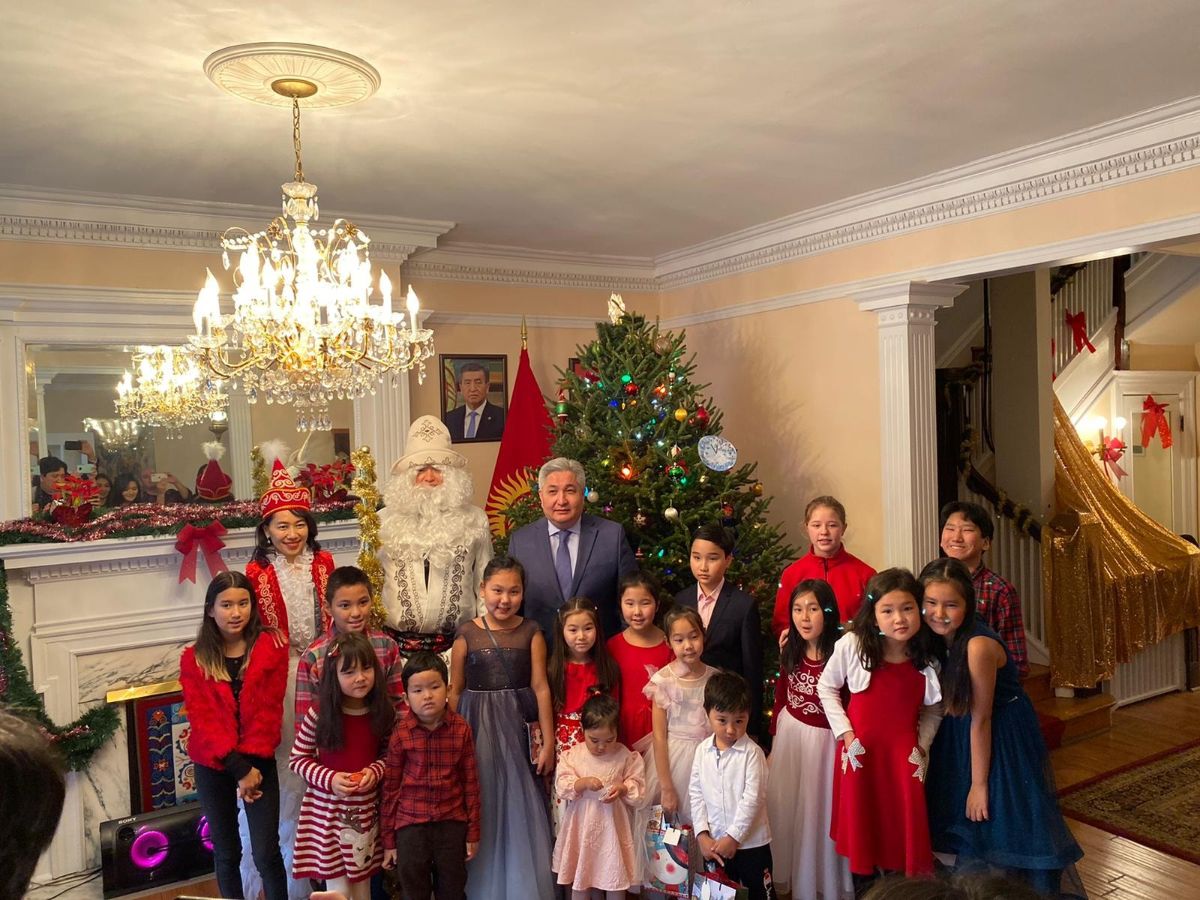 On December 14, 2019, the Embassy of the Kyrgyz Republic to the USA organized a New Year's party with the participation of children from Kyrgyzstan adopted by American families, as well as the children of employees.

The event was attended by families living in the District of Columbia, Virginia and Maryland states. Embassy staff organized a theatrical performance featuring Kyrgyz New Year characters such as Ayaz Ata and Ayaz Kyz.

During the event, children were involved in a variety of games, quizzes related to their historical homeland - Kyrgyzstan, sang songs, recited poems on the theme of Christmas and New Year in English, Russian and Kyrgyz.

At the end of the event, the children were presented with sweet gifts and New Year's felt toys.