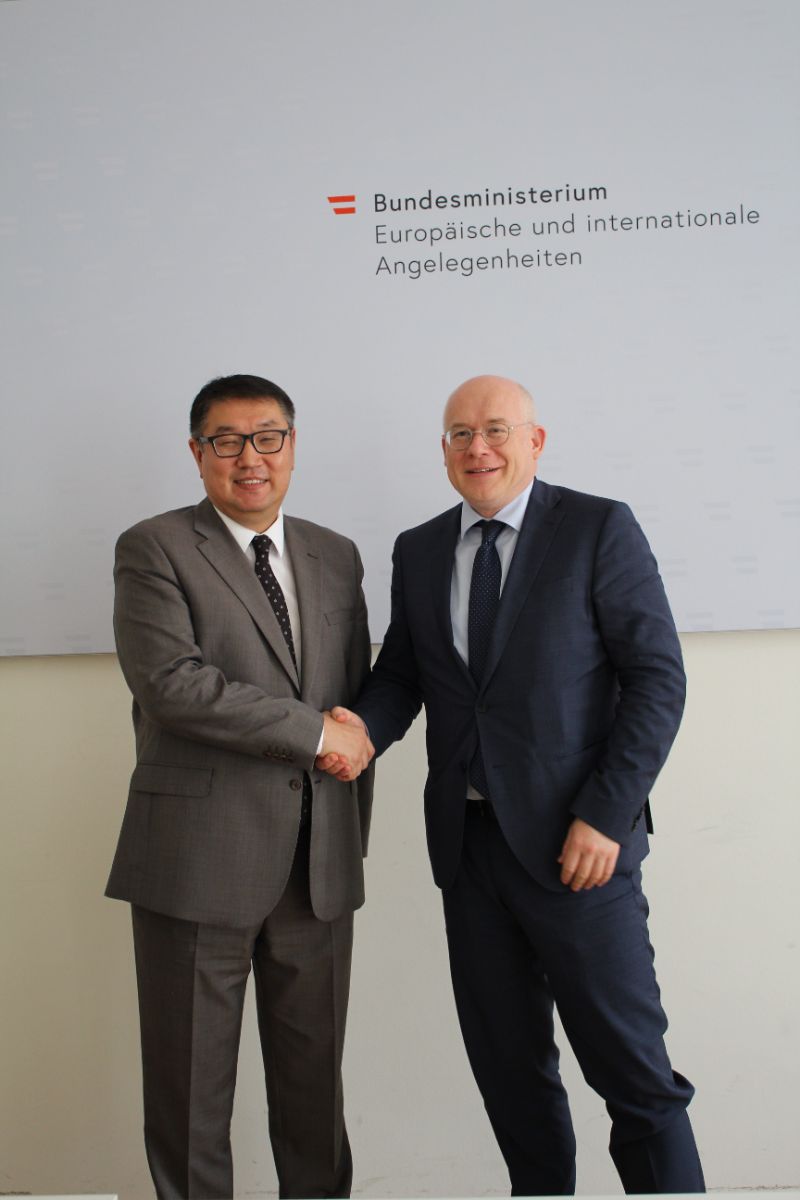 On June 8, 2022 political consultations were held in Vienna between the Ministry of Foreign Affairs of the Kyrgyz Republic and the Federal Ministry for European and International Affairs of Austria on the issues of bilateral political, trade, economic, cultural and humanitarian cooperation.

At the beginning of the negotiations, the parties noted that on March 25, 2022, the 30th anniversary of the establishment of diplomatic relations between Kyrgyzstan and Austria took place. In this regard, the current state and promising directions for the development of bilateral cooperation were discussed.

In particular, issues of the possible organization of mutual visits at the highest and high levels were considered, which will give an additional impetus to the development of Kyrgyz-Austrian cooperation. The parties noted the importance of expanding inter-parliamentary cooperation, and interaction between the parliamentary Friendship Groups of the Kyrgyz Republic and Austria.

Particular attention was paid to the discussion of issues of trade and economic cooperation. The Kyrgyz side invited the Austrian side to hold the next 8th meeting of the Kyrgyz-Austrian Intergovernmental Commission for Economic Cooperation on September 27-28, 2022 in Bishkek, and also to organize a Kyrgyz-Austrian business forum within the framework of the Intergovernmental Commission.

Attention was also paid to issues of interaction within the European Union, mutual support to the elected bodies of the UN.

The parties exchanged views on topical issues on the international agenda.