А – А А +
Обычная версия
Скрыть
News / News and Events / The Ambassador of Kyrgyzstan to Germany Omurbek Tekebaev met with the leaders of the Kyrgyz diaspora and activists, as well as with representatives of the «Kyrgyz-German Cultural Society» living in Berlin 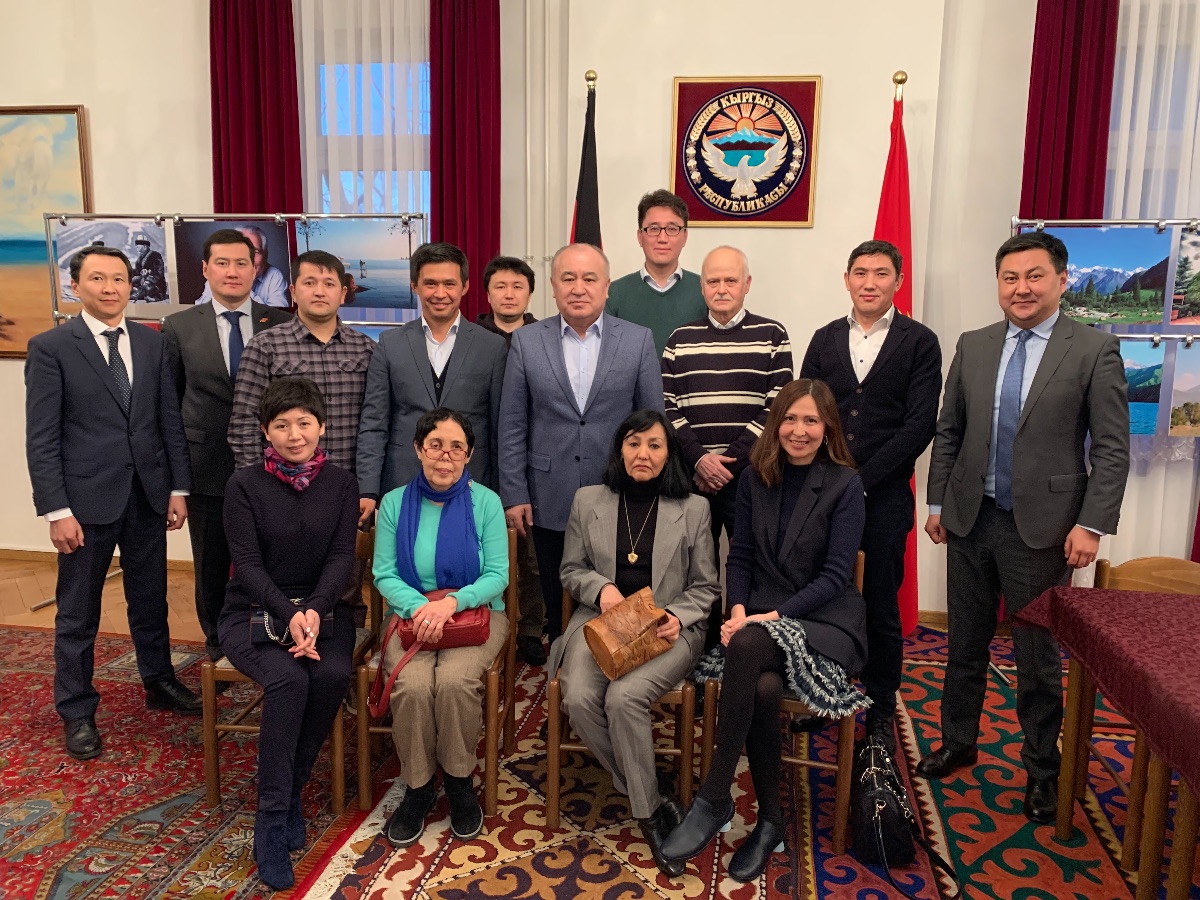 Ambassador Extraordinary and Plenipotentiary of the Kyrgyz Republic to the Federal Republic of Germany Mr. Omurbek Tekebaev began his mission as an Ambassador from a meeting with the leaders of the Kyrgyz diaspora and activists, as well as with representatives of the «Kyrgyz-German Cultural Society» living in Berlin. This meeting took place at the Embassy on March 11, 2022.

Ambassador Mr. Omurbek Tekebaev shared his plans and ideas regarding activities to further intensify political and trade and economic cooperation between Kyrgyzstan and Germany, attracting investments in various sectors of the economy of Kyrgyzstan and expanding cultural and humanitarian cooperation between the countries. The Ambassador noted the need to continue close cooperation between the Embassy and the Kyrgyz diaspora in Germany, and also called on compatriots to continue actively assisting the country in attracting investments, new technologies and popularizing the tourism potential.

During the meeting, in a friendly atmosphere, compatriots actively participated in the discussion, various issues were discussed, including those of a consular issues.