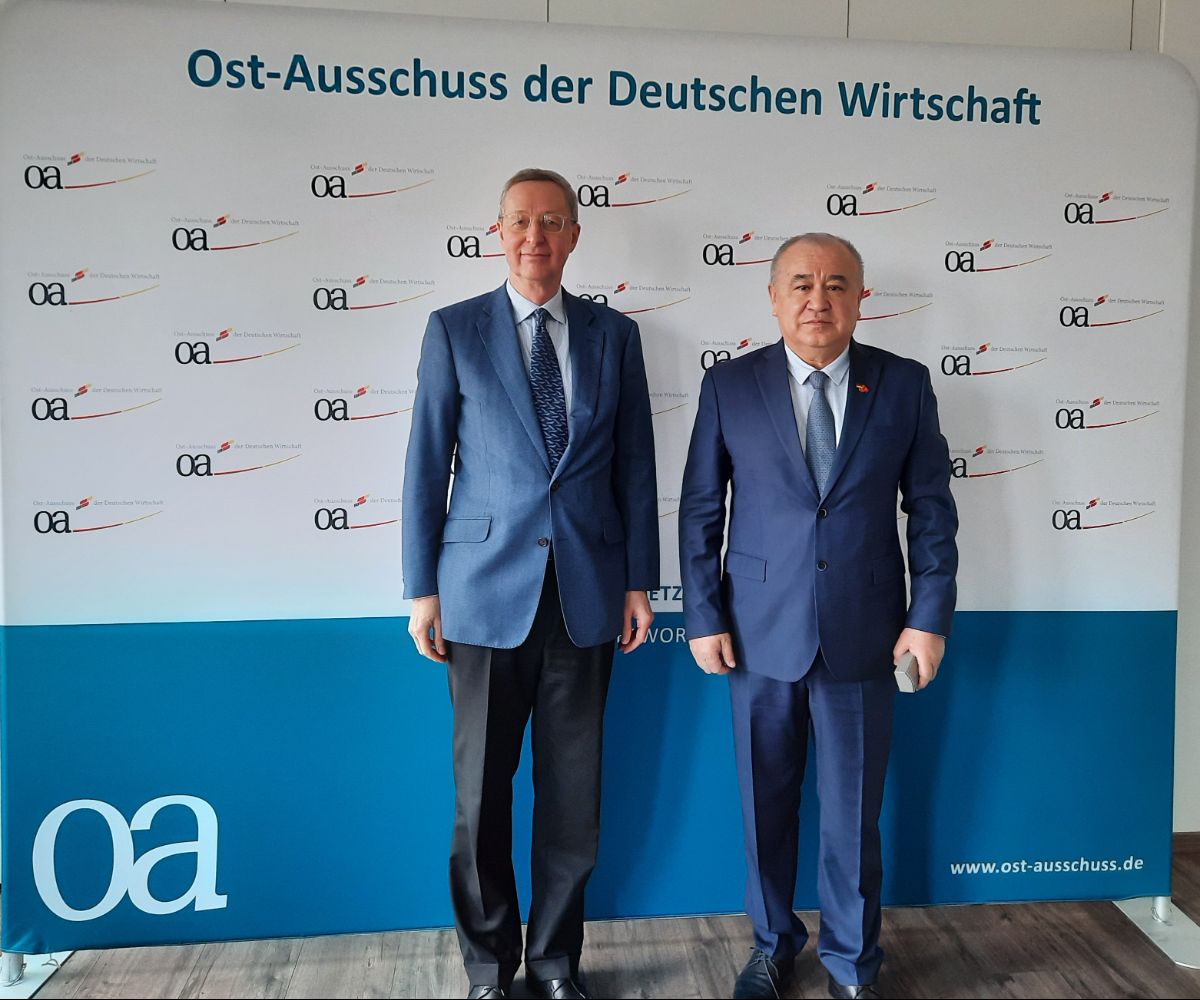 Ambassador Extraordinary and Plenipotentiary of the Kyrgyz Republic to the Federal Republic of Germany Mr. Omurbek Tekebaev met with the Executive Director of the Eastern Committee of the German Economy Mr. Michael Harms.

The Eastern Committee of the German Economy represents the interests of over 350 companies of a medium and large business in Germany and operates with 29 countries of the world, including the countries of the CIS and Central Asia.

During the meeting, the state and prospects of the Kyrgyz-German cooperation were discussed. An exchange of views took place on the political and economic situation in the world, including the consequences of the Russian-Ukrainian conflict.

Ambassador Mr. Omurbek Tekebaev noted the high potential of trade and economic relations between the countries, which is currently not being fully realized. He informed the interlocutor about mutually beneficial projects and called for their joint implementation in the Kyrgyz Republic.

In addition, issues of holding a Kyrgyz-German business forum in May 2022 in Bishkek, which will be organized with the aim of establishing direct interaction between business representatives of Kyrgyzstan and Germany, were discussed. The issues of creating the Kyrgyz-German Business Council were also considered.