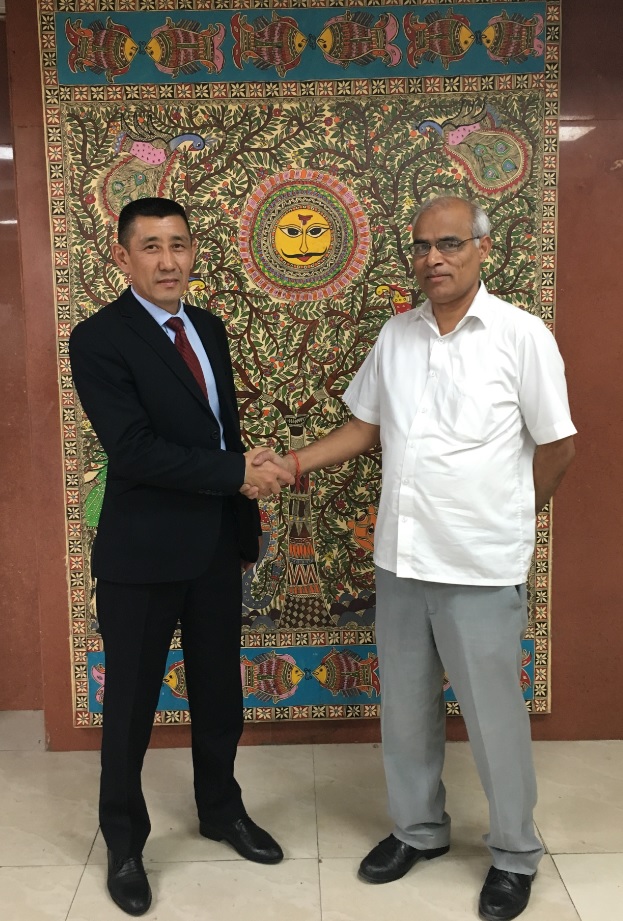 On 20th June 2018 Deputy Director of the State Agency on Youth Affairs, Physical training and Sport under the Government of the Kyrgyz Republic Kanatbek Arpachiev met with Deputy Secretary Department of Sport Ministry of Youth Affairs and Sport Government of India Mr. Pratap Singh Tomar in New Delhi.

During the meeting Indian side has been provided with the detailed information about the upcoming Third World Nomad Games in Kyrgyzstan.

Kanatbek Arpachiev informed his colleague about current arrangements of sports competitions in the framework of Third WNG and gave detailed explanations on the rules of participation in 37 types of traditional sports games.

He mentioned aims of the project and expressed his confidence that India will take an active part at the Third World Nomad Games.

The Indian side positively noted the idea of this project, which includes not only sport events, but also gives an opportunity to get acquainted with the culture of the Kyrgyz people and other participating countries.

Pratap Singh Tomar assured that the Ministry will provide all required assistance for the participation of the Indian sports team in competitions of the Games.

At the same day, the Embassy organized a meeting for the representatives of the State Agency of the Kyrgyz Republic with Indian journalists.

Kanatbek Arpachiev gave an interview to the "Doordarshan" TV Channel, whose participation in Third World Nomad Games is also in plan.