А – А А +
Regular version
Hide
News / On August 28, 2022, a festive event dedicated to the Independence Day of the Kyrgyz Republic was held on the main square of Naples 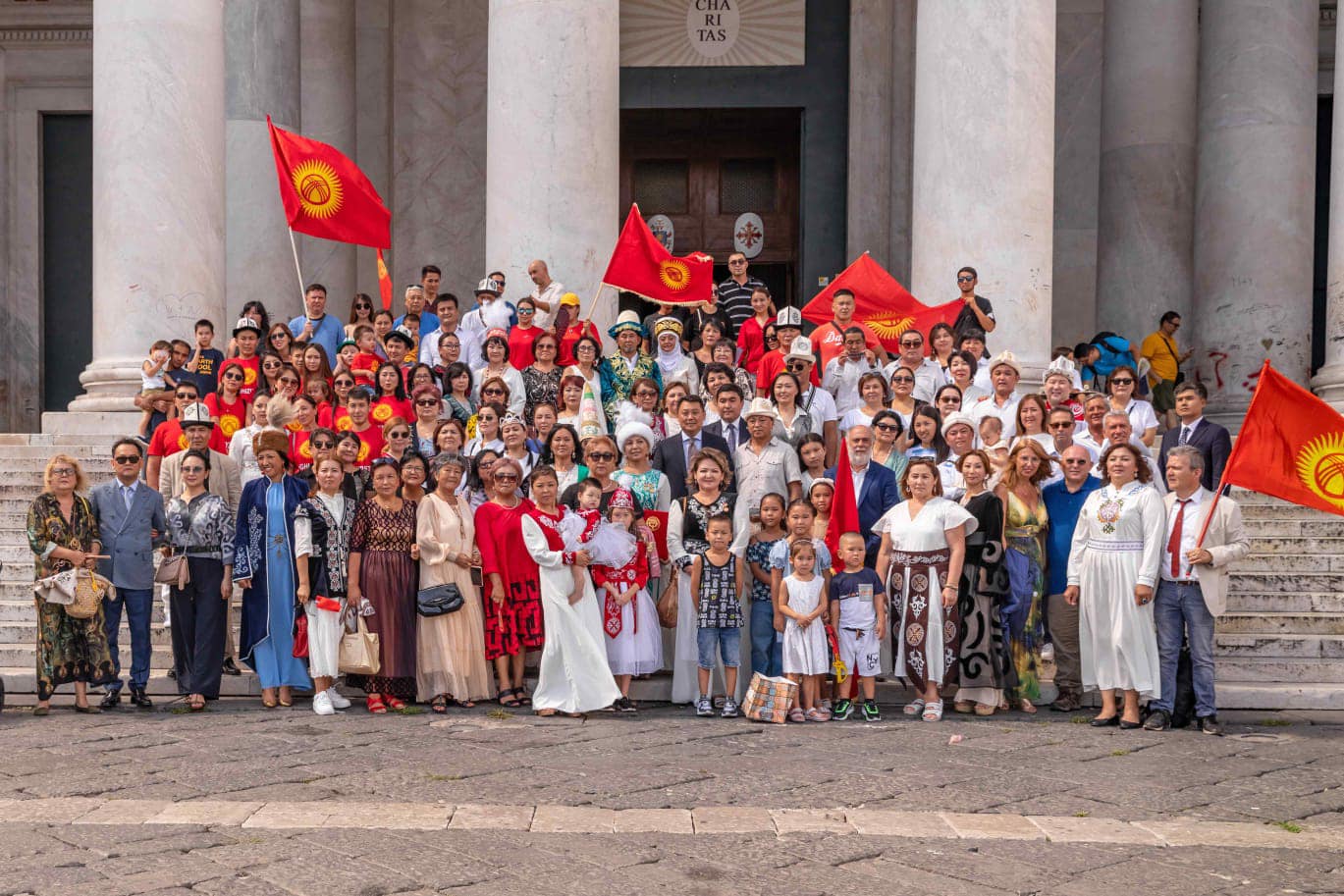 Opening the event, the Ambassador of Kyrgyzstan to Italy, Taalai Bazarbaev, congratulated all those present on the holiday and recalled the importance of preserving the traditions, culture, customs and language of the Kyrgyz people.

In turn, the Vice Mayor of Naples, L. Lieto, and the Chief Advisor to the Mayor of Caserta, V. Battarra, noted the significant contribution of the Kyrgyz diaspora living in the Campania region to the establishment of intercultural ties between Kyrgyzstan and Italy.

The program of the holiday included the performance of the folk epic “Manas”, works of Kyrgyz folklore, playing the komuz, Kyrgyz national dances, as well as stories about the traditional life, culture and traditions of the Kyrgyz people.

Also, a solemn reception was organized by the Kyrgyz diaspora of the Campania region, where paintings by the famous Kyrgyz artist A. Sharshekeev were shown, during which Ambassador T. Bazarbaev, on behalf of the Minister of Culture, Information, Sports and Youth Policy of the Kyrgyz Republic A. Zhamankulov, presented letters of thanks to representatives of the Kyrgyz diaspora for their contribution to the preparation of the opening ceremony of the National Pavilion of Kyrgyzstan at the international art exhibition "Venice Biennale - 2022" in April of this year, as well as the organization and holding of the cultural program of the event.