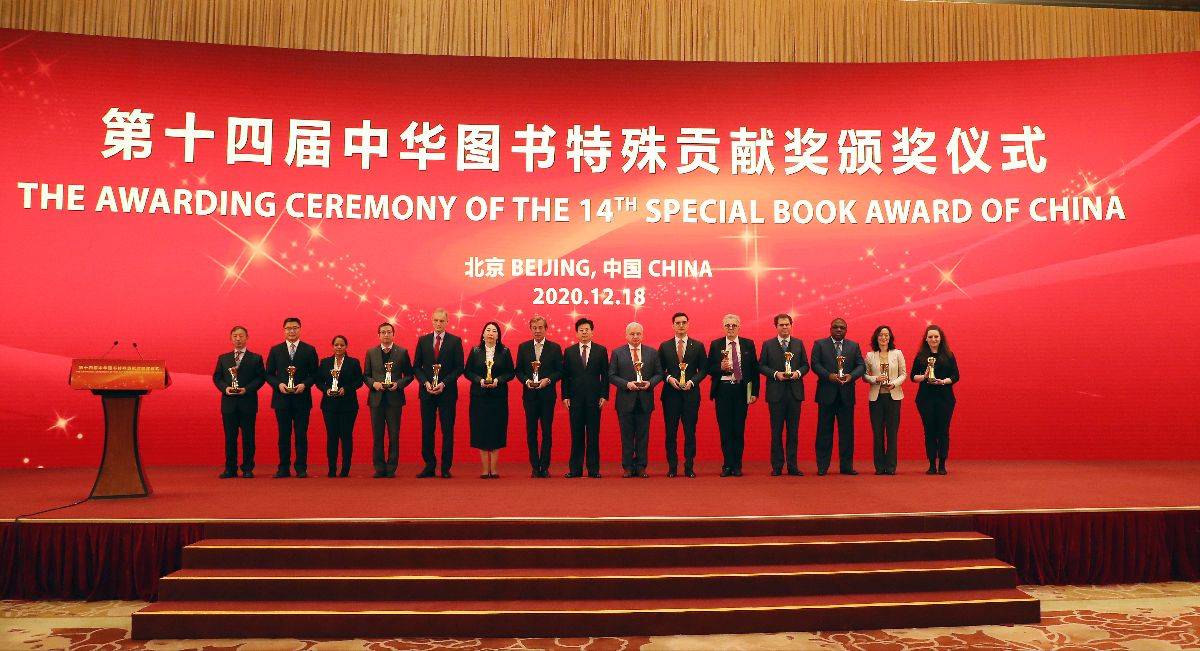 On December 18, 2020, the «14th Special Book Award of China» аwarding ceremony was held at the state residence «Diao Yutai» in Beijing, China. Within the framework of this event, Ambassador Extraordinary and Plenipotentiary of the Kyrgyz Republic, well-known diplomat Baktygul Kalambekova was awarded the «Special Book Award of China» for her contribution to the development and promotion of Kyrgyz-Chinese cultural ties, as well as for the translation of the book of Chinese President Xi Jinping «The Governance of China» into кyrgyz language.

This year's awards were presented to representatives of 15 foreign countries, including Russia, England, Argentina, Vietnam, Germany, Italy, Poland, Serbia, the United States, etc., who were selected from 314 applicants from around the world.

Due to the COVID-19 coronavirus pandemic in the world, all nominees were unable to participate in the «Special Book Award of China» award ceremony, including B. Kalambekova. For her, the award was received by the Ambassador of the Kyrgyz Republic to the PRC K.Baktygulovа.

For reference: The "China Special Book Award" is an annual award established by the State Administration of Press and Publications of the People's Republic of China. This award is given to foreign translators, writers and publishers who have made a significant contribution to promoting cultural exchange between China and foreign countries. The awards have been presented annually since 2005. The award is China's highest award for citizens of foreign countries and is awarded for their great contribution to the representation and promotion of China, Chinese culture and Chinese publications in the world.