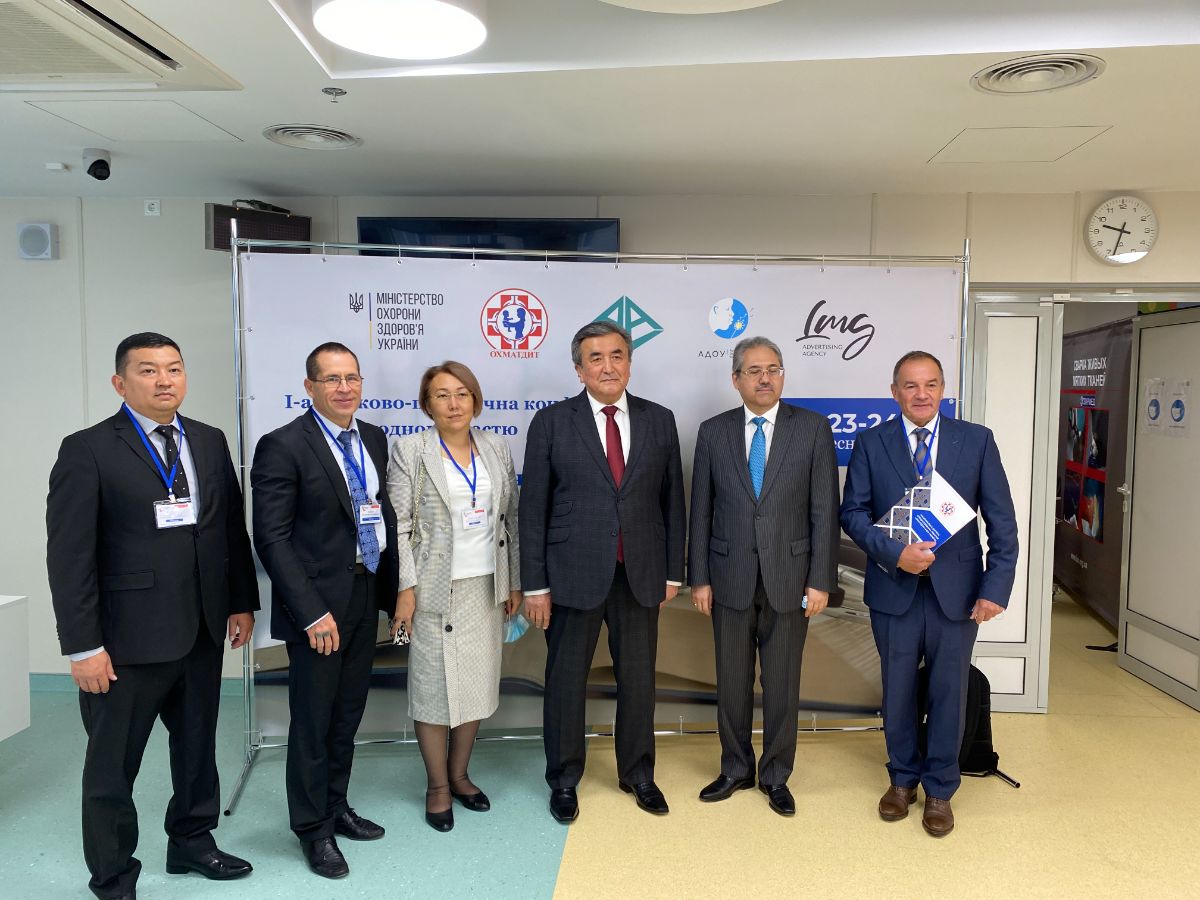 On September 23, 2021, Ambassador Extraordinary and Plenipotentiary of the Kyrgyz Republic to Ukraine Zhusupbek Sharipov took part in the International Scientific and Practical Conference "Okhmadet Readings", organized at the initiative of the General Director of the National Children's Specialized Hospital of Ukraine "Okhmadet" Volodymyr Zhovnir.

At the opening of the conference, V. Zhovnir noted that about 2700 doctors around the world, both offline and online, took part in the conference, also he gave information about the innovations introduced by the hospital in the treatment of childhood diseases, about successful transplant operations and international cooperation with the "Okhmadets" of other foreign countries.

In turn, Ambassador Zh. Sharipov in his welcoming speech noted the contribution of V. Zhovnir in the establishment of cooperation between doctors of Kyrgyzstan and Ukraine, emphasized the successful cooperation of doctors of the two countries in the exchange of experience and expressed hope for further fruitful cooperation. He also emphasized the invaluable role of the founder of the Tereshchenko Heritage Fund, patron of art, businessman, Michel Tereshchenko in the development of the Ukrainian "Okhmadet".

The event was also attended by Gulzat Maymerova, Director of the National Center for Maternal and Child Health under the Ministry of Health and Social Development of the Kyrgyz Republic, and Daniyar Amatov, a pediatric cardiologist. During the event, a Memorandum of Cooperation was signed between the Kyrgyz and Ukrainian sides to deepen bilateral cooperation.