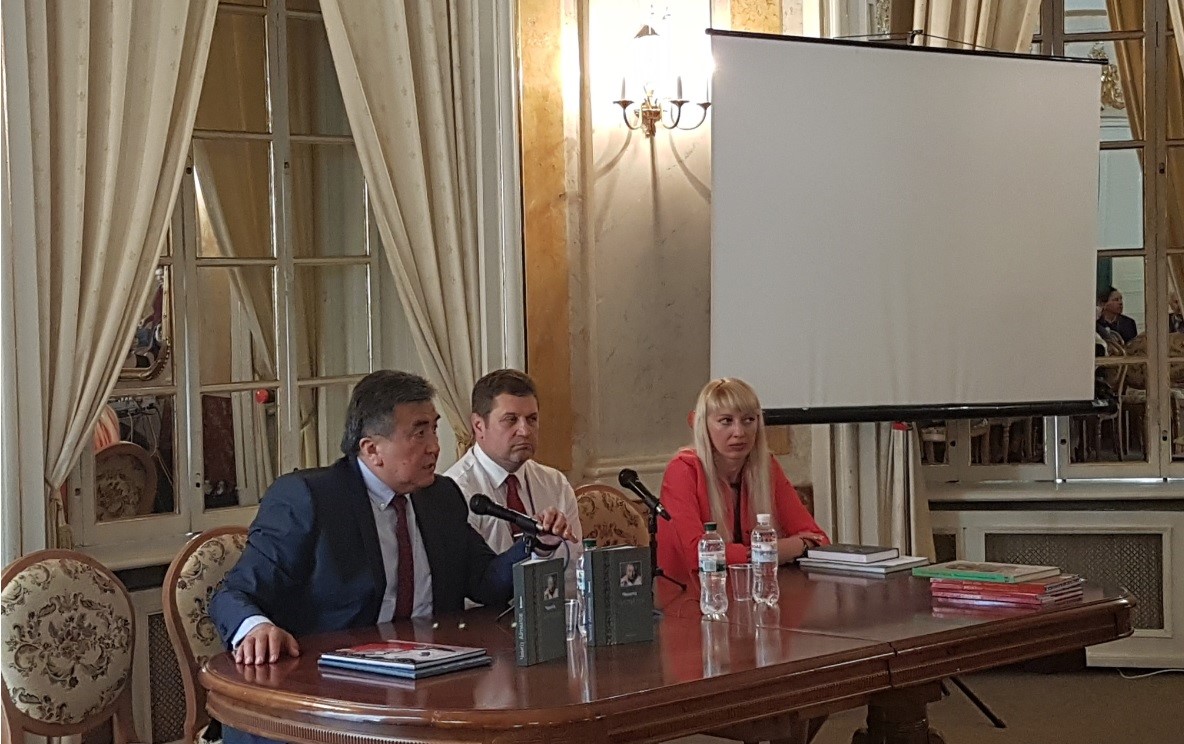 The 25th Book Forum and the 13th International Literary Festival were held in Lviv from September 18 to 20, 2018.

Within the framework of this event, Ambassador Extraordinary and Plenipotentiary of the Kyrgyz Republic in Ukraine Zh. Sharipov in the ancient «Pototsky» Palace presented a collection of works by Chingiz Aitmatov and a collection of Kyrgyz folk tales which were first time translated into Ukrainian.

The collection of works by Ch. Aitmatov includes such works as "When the Mountains Fall", "White Cloud of Genghis Khan" and "Rendezvous with Son". In that presentation participated V.Danilenko, chairman of the National Writers' Union of Kiev, translator M. Vaskiv, publisher V.Zelensky, candidate of philology, associate professor, member of the National Union of Writers of Ukraine and the National Union of Journalists of Ukraine, head of the Department of Ukrainian and World Literature of the Kharkov National Pedagogical University named after G.Skovoroda R. Melnikov, writer, associate professor of the Ukrainian Academy of Printing M. Yakubovskaya and fans of the work of Ch. Aitmatov.

During the visit to Lviv Ambassador Extraordinary and Plenipotentiary of the Kyrgyz Republic in Ukraine Zh. Sharipov held bilateral meetings with the Chairman of the Lviv Oblast State Administration O. Sinyutka and the Mayor of the city of Lvov A. Sadov, during the conversation the sides discussed prospects for further cooperation and expressed mutual interest in the deepening and development of regional cooperation and the established friendly relations between Kyrgyzstan and Ukraine.