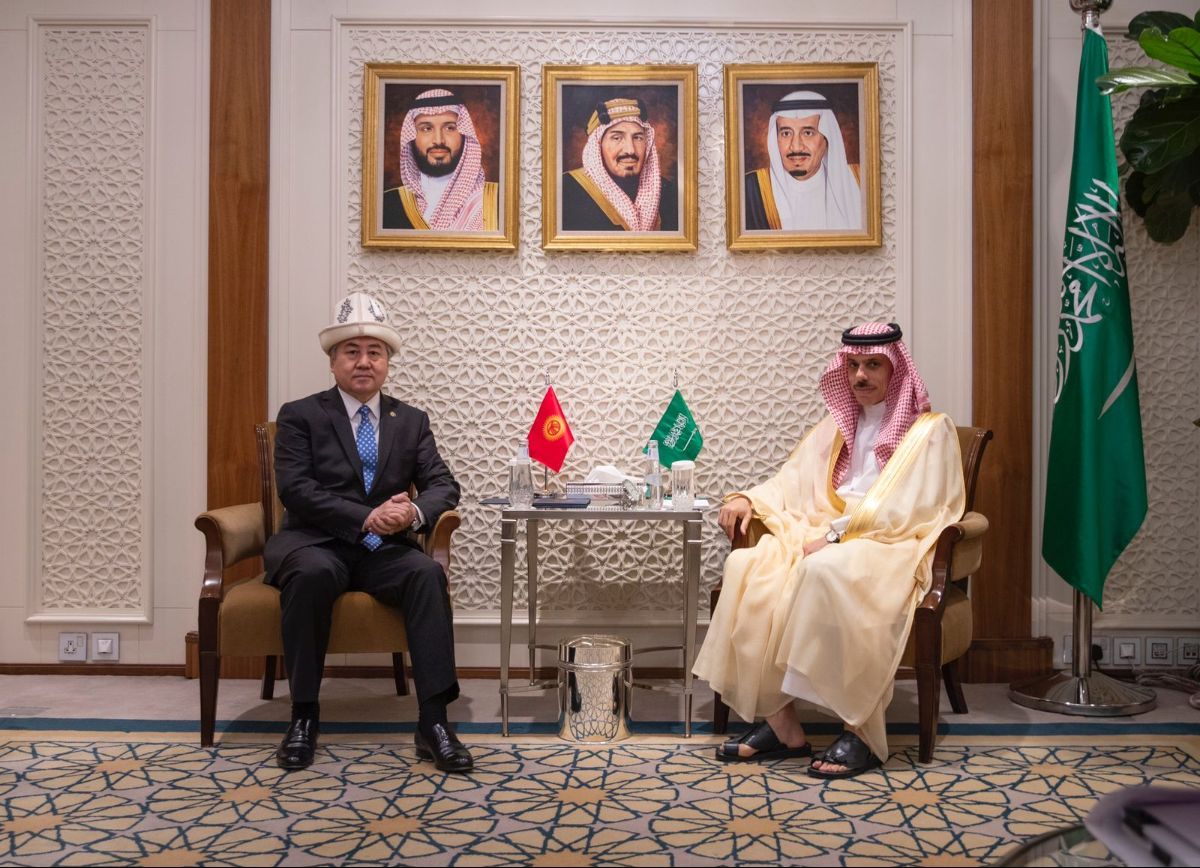 The parties noted with satisfaction the high dynamic of cooperation in both bilateral and multilateral formats, noting the importance of organizing mutual visits at high and the highest levels.

Highly appreciating the development of Kyrgyz-Saudi relations, the Head of the Foreign Ministry of the Kyrgyz Republic called for further activation of Kyrgyz-Saudi relations and bringing them to a qualitatively new level. In this context, he focused on the need to increase trade and economic cooperation, as well as the opening of direct regular flights between the two countries and the speedy resolution of the case on issuing an electronic tourist visa to the KSA for citizens of the Kyrgyz Republic.

Zh. Kulubaev also noted the significant role of the Saudi Development Fund in the development of the infrastructure of the Kyrgyz Republic and the improvement of the socio-economic sphere, stressing the readiness of the Kyrgyz side to continue close cooperation with this Fund.

In turn, Prince Faisal Al Saud expressed gratitude to the Kyrgyz side for the hospitality provided during his first official visit to the Kyrgyz Republic in March 2022 and confirmed the Kingdom's intention to expand bilateral cooperation.

Regarding issues on the international agenda and cooperation between the two countries within the framework of international and regional organizations, including the OIC, Minister Zh. Kulubaev highly appreciated the role of the KSA in maintaining peace and stability in the region and in the world community. At the same time, he said that Kyrgyzstan supports the candidacy of Saudi Arabia in holding EXPO-2030.

The sides also exchanged views on topical issues of the international and regional agenda, noting the need to consolidate forces in solving complex issues related to food security and the humanitarian crisis. Regional issues were discussed in detail, including the situation in Yemen, Afghanistan and Ukraine.

The meeting was held in a friendly and warm atmosphere. In conclusion, the parties agreed to maintain constant contact and further strengthen bilateral ties.