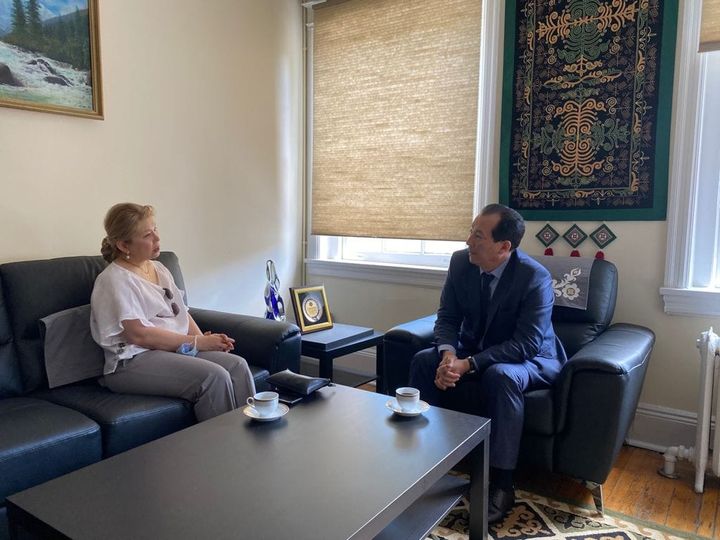 On June 1, 2021 Ambassador Baktybek Amanbaev met the Executive Director of the U.S.-Kyrgyzstan Business Council Elena Son to enhance Kyrgyz Republic’s trade and economic cooperation with the United States and encourage greater U.S. investment in the country.

During the conversation, Ambassador Amanbaev noted the high economic potential with vast natural resources in all regions of the Kyrgyz Republic and the need to build practical work to attract U.S. investment, primarily in agriculture, mining and textiles, hydropower and the IT sector.

As a result of the talks, a number of decisions on further development of trade and economic cooperation were reached, including holding a Kyrgyz-American business forum this year with the involvement of a wide range of American companies and financial institutions of the United States.