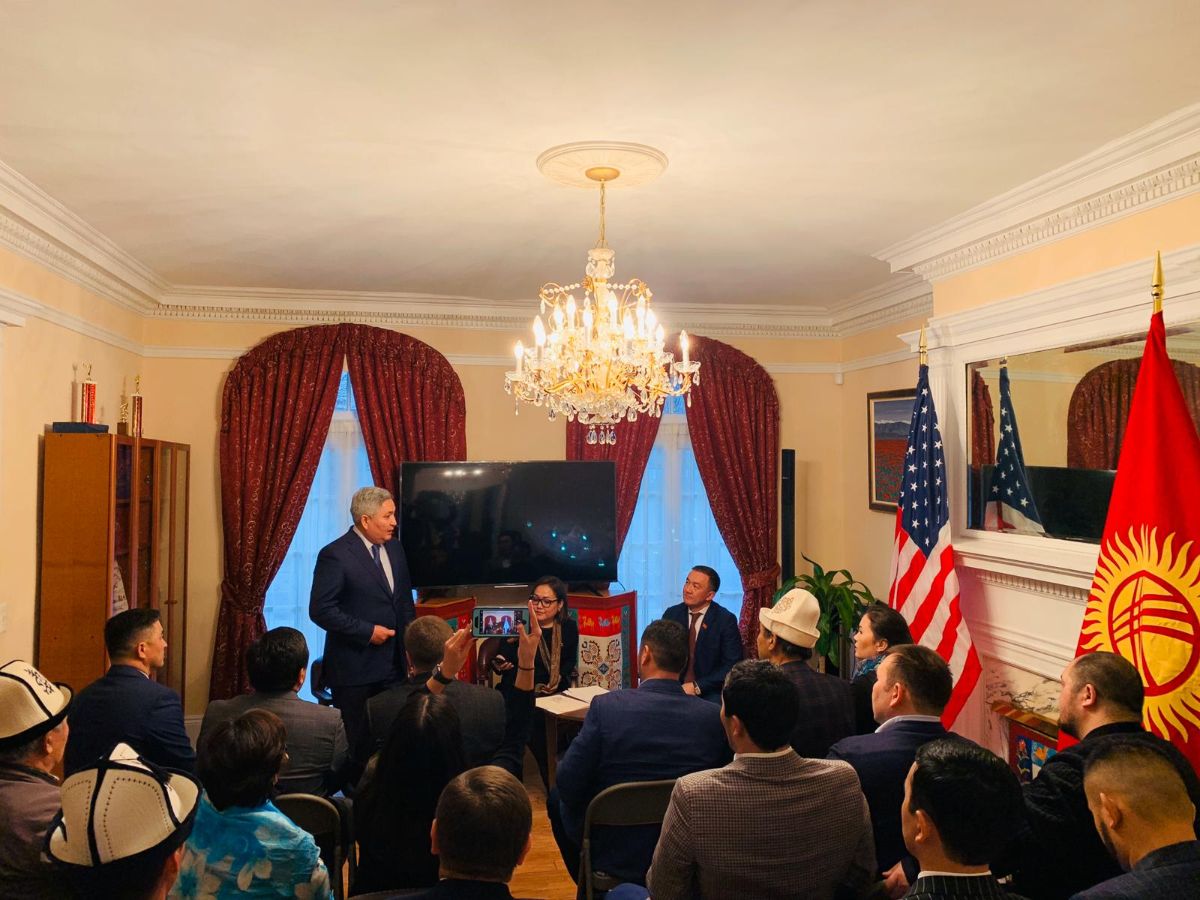 During their stay in Washington D.C., members of the Jogorku Kenesh met with compatriots and representatives of the Kyrgyz diaspora to discuss urgent and problematic issues faced by our compatriots living in the United States.

The inclusion of Kyrgyzstan by the U.S. leadership in the list of countries that restricts the issuance of the USA immigration visas has been discussed as one of the important issues of the meeting. In particular, representatives of the Jogorku Kenesh and the Embassy of Kyrgyzstan to the USA informed compatriots about the work carried out by the state bodies of Kyrgyzstan aimed at the speedy removal of the Kyrgyz Republic from the list, as well as provided recommendations on certain issues related to visa restrictions imposed by the U.S. side.

National Prayer Breakfast is an annual event held since 1953 in Washington D.C. on the first Thursday of February with the participation of the President of the United States, as well as members of the Government and Congress. Breakfast is aimed at building relationships and strengthening mutual understanding between the political, religious, social and business elites from around the world.