А – А А +
Обычная версия
Скрыть
News / News and Events / The meeting of the Ambassador Extraordinary and Plenipotentiary of the Kyrgyz Republic to Hungary Mr. Talantbek Kushchubekov and Secretary General of "TURKSOY" Mr. Sultan Raev with students from the countries of the Organization of Turkic States, who are studying in universities of Hungary, was held on June 14, 2022 at the Embassy of the Kyrgyz Republic to Hungary. 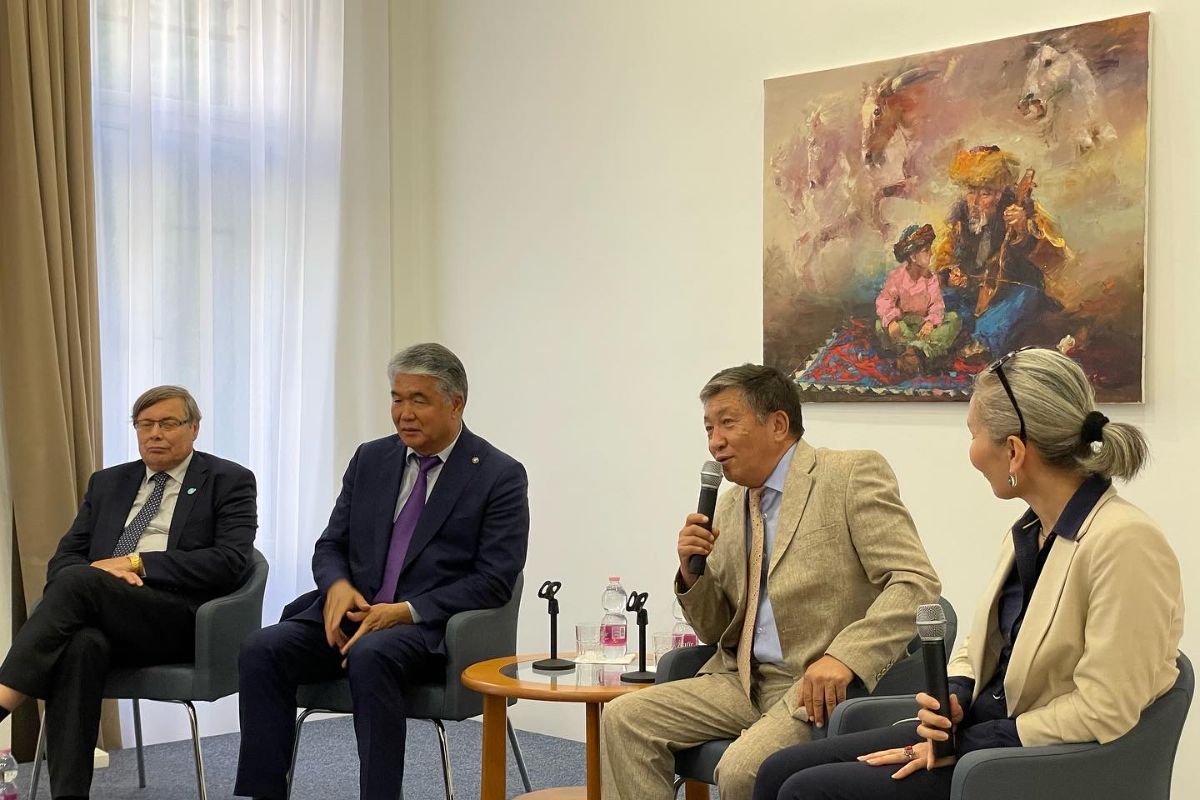 Secretary General Mr. S.Raev spoke about the ongoing work of the International Organization of Turkic Culture "TURKSOY" to promote the common culture of Turkic peoples, informed of the planned projects and activities aimed at further promoting Turkic culture, art and literature. The Secretary General of "TURKSOY" highlighted the importance of preserving and promoting the spiritual and cultural values of Turkic-speaking states throughout the world.

Ambassador Mr. T.Kushchubekov highly appreciated the participation of Kyrgyz cultural and artistic representatives and intellectuals in events organized by “TURKSOY”, and added that the Kyrgyz Republic will always support the Organization's projects.

During the meeting, students were able to ask questions the Ambassador and the Secretary General. There was an exchange of views on available issues of students’ life in Hungary, the model of education in universities of Hungary and many other topics.