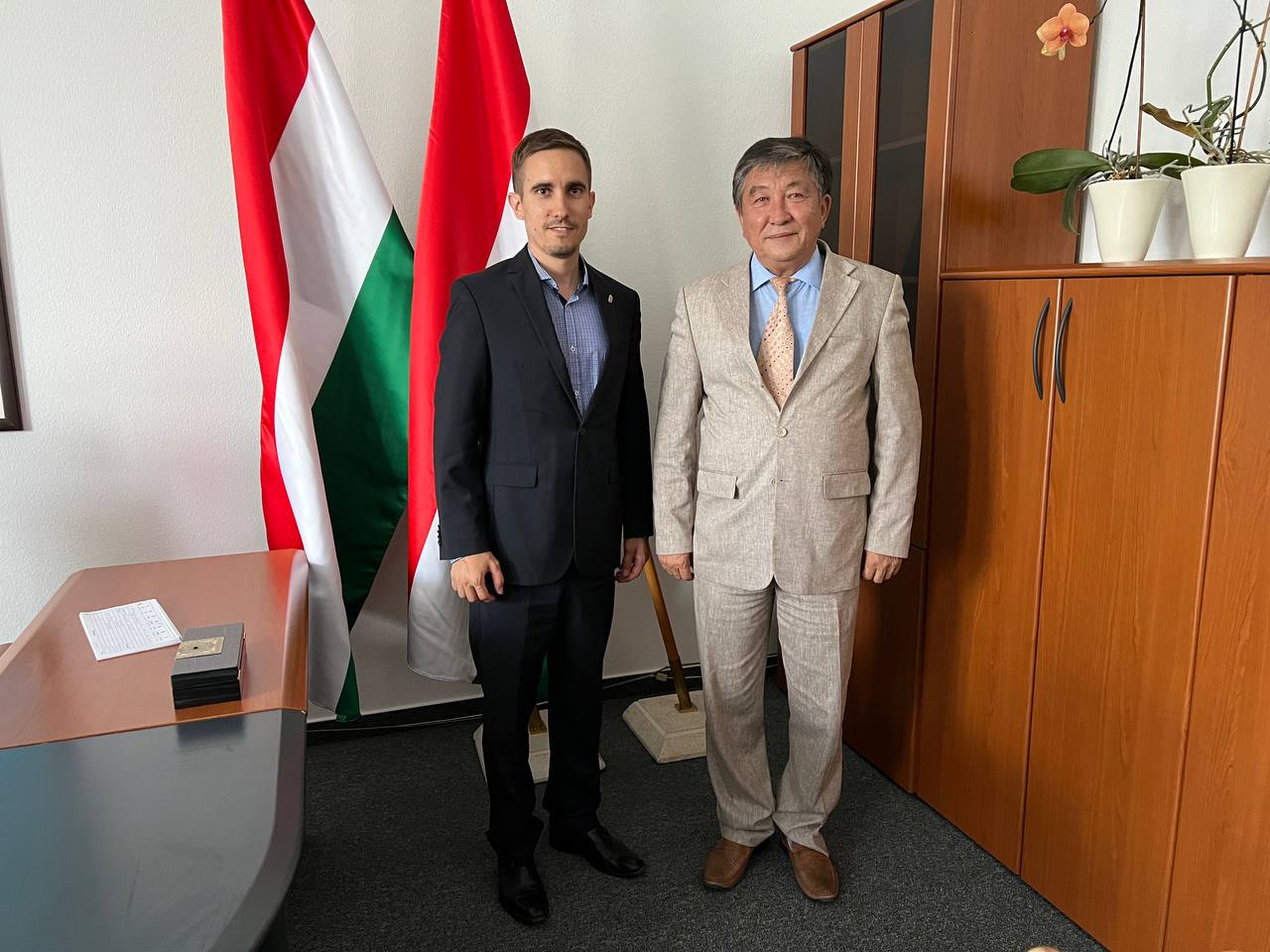 On August 3, 2022, H.E. Mr. Talantbek Kushchubekov, Ambassador of the Kyrgyz Republic to Hungary, met with H.E. Mr. Ádám Stifter, the newly appointed Deputy State Secretary for Development of Eastern Relations of the Ministry of Foreign Affairs and Trade of  Hungary, during which they discussed current issues of bilateral cooperation, as well as the upcoming Days of Culture of the Kyrgyz Republic in Hungary from 11 to 14 August this year on the occasion of the 30th anniversary of the establishment of diplomatic relations between the countries.

Ambassador Mr. T. Kushchubekov congratulated Mr. Á. Stifter on his appointment as the Deputy State Secretary of the Ministry of Foreign Affairs and Trade of Hungary, informed about the planned gala concert on the occasion of the opening of the Days of Culture of the Kyrgyz Republic in Hungary on August 11 this year in the Budapest Music Center, where famous Kyrgyz musicians, the Kyrgyz folklore and ethnographic ensemble "Kambarkan", folk singers, komuz players and manaschi will perform, and a fashion show will also take place. In addition, an exhibition of works by Kyrgyz artists and masters of arts and crafts will be presented.

In turn, Deputy State Secretary Mr. Á. Stifter expressed readiness for further joint work with the Embassy of the Kyrgyz Republic to Hungary and assured of the participation of the Hungarian side in the celebration of the Days of Culture of Kyrgyzstan in Hungary.