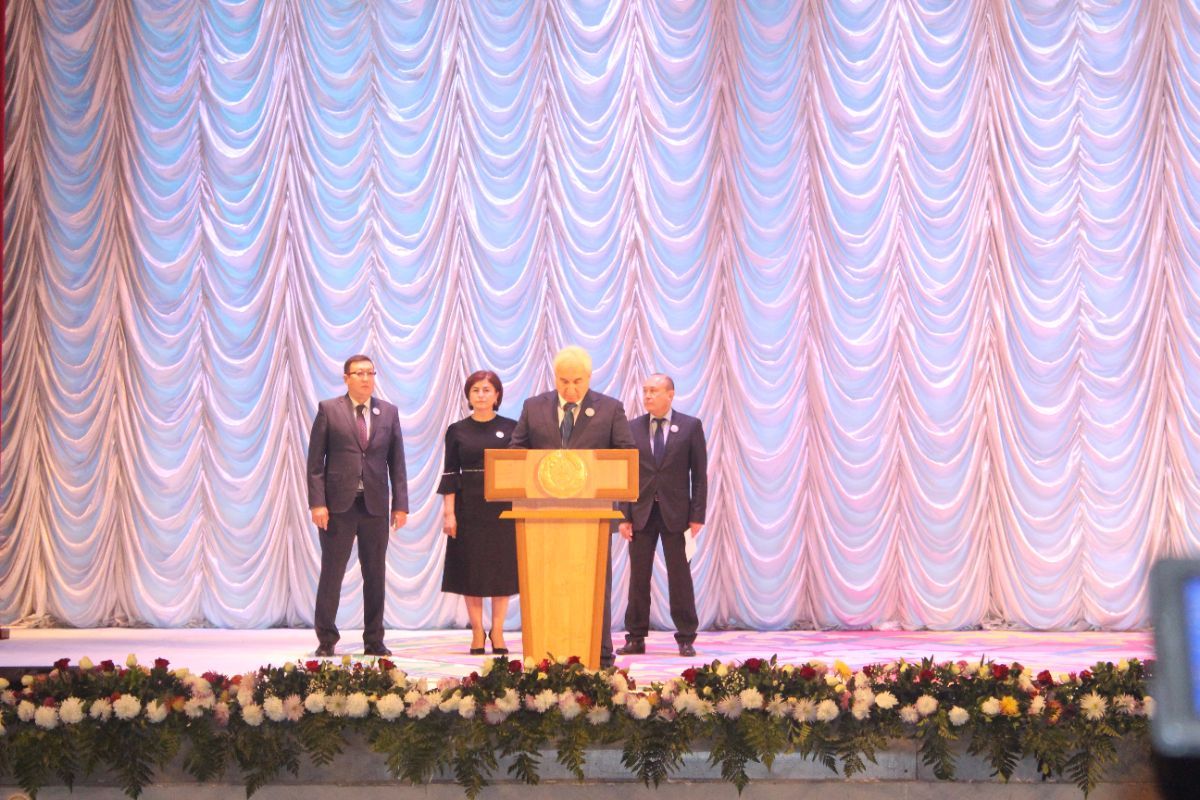 Karakol city in Issyk-Kul region of the Kyrgyz Republic officially took over from the Dushanbe city, Tajikistan the right to become a cultural capital of the Commonwealth in 2022.

On December 18, 2021 the Tajik State Academic Opera and Ballet Theater named after S.Aini held the close-out ceremony of  "Dushanbe - the cultural Capital of the CIS - 2021" year and the handed over the torch  to the city of Karakol for 2022.

During the event, Deputy Chairman of the Executive Committee – CIS Executive Secretary Beketzhan Zhumakhanov and Deputy Chairman of Dushanbe Amirkhon Kurbonzoda delivered official speeches, during which they handed over the torch to the city of Karakol. From the Kyrgyzstan side, the Adviser of the Embassy of the Kyrgyz Republic in the Republic of Tajikistan Meder Soorbekov made a welcoming speech and noted that 2022 for Karakol will be exemplary in all social and cultural aspects.

For reference: according to the decision made by the CIS heads of states on December 18, 2020, on 2022 the city of Karakol in the Issyk-Kul region of the Kyrgyz Republic became the cultural capital of the CIS. The purpose of appointing cultural capitals is to develop dialogue and unite the cultural potentials of the Commonwealth countries.