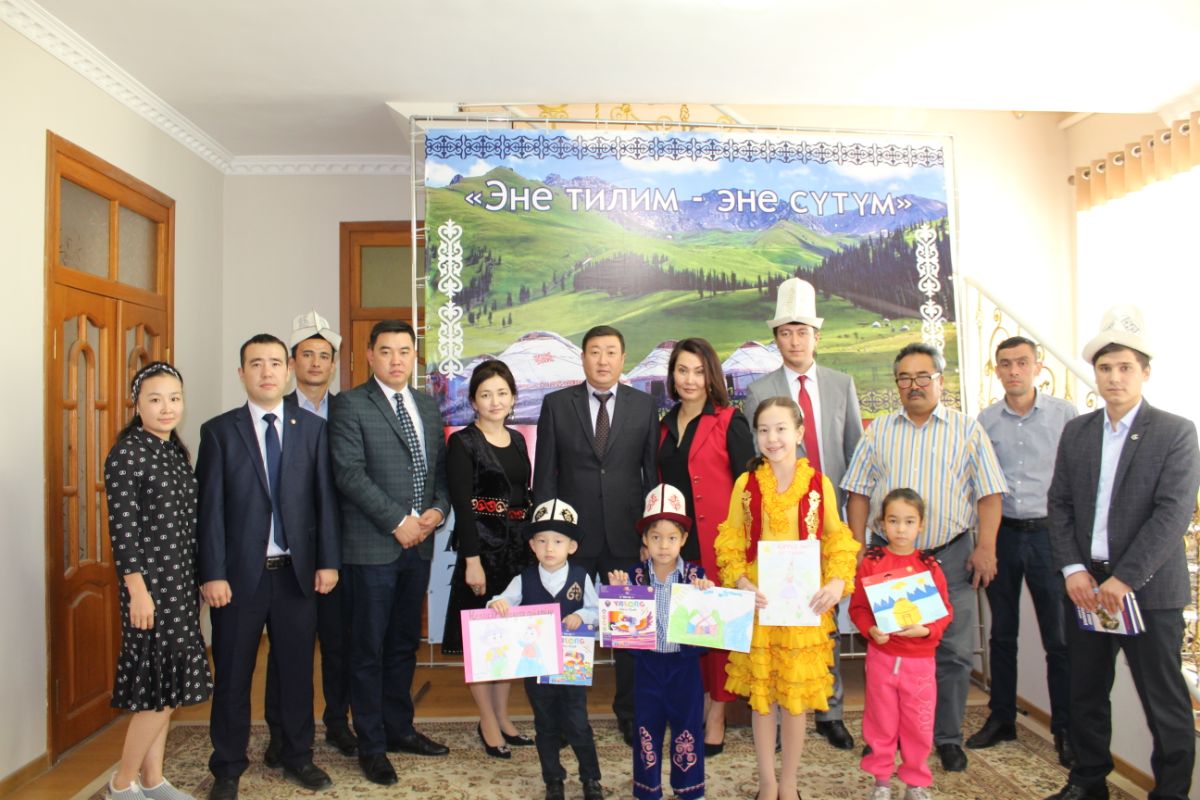 In the framework of the celebration of the 30th anniversary of the adoption of the Law of the Kyrgyz Republic "On the state language" on October 11 this year A cultural event was organized at the Embassy of the Kyrgyz Republic in the Republic of Tajikistan under the name “Ene tilim – Ene sutum”, which was attended by students from Kyrgyzstan and representatives of the diaspora studying at universities in Dushanbe.

At the anniversary event, the Embassy of the Kyrgyz Republic in the Republic of Tajikistan noted the importance of preserving the Kyrgyz culture and native language and passing it on to the next generation, and also informed those present about the status of the state language and its development.

In turn, Kyrgyz students read poems by famous Kyrgyz poets, and school students presented drawings on the theme: “Ene tilim – Ene sutum”, which at the end of the event presented the books of Chingiz Aitmatov in Kyrgyz.