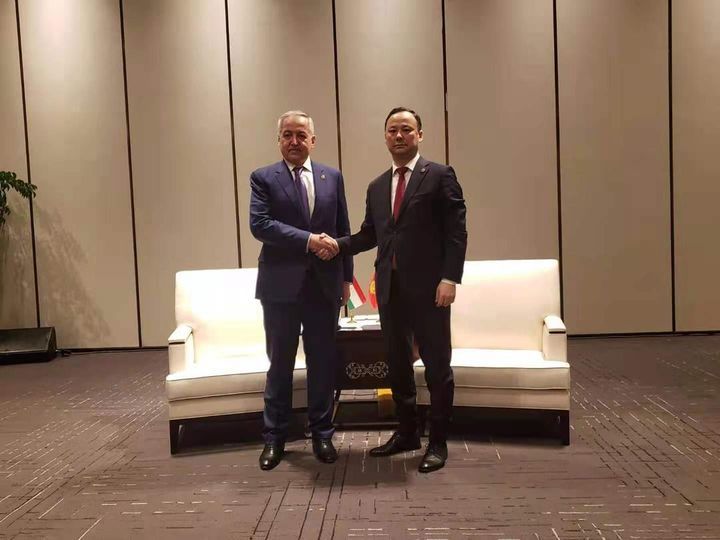 On May 11, 2021, in Xi'an, China, within the framework of the second Meeting of the Foreign Ministers «Central Asia – China», Minister of Foreign Affairs of the Kyrgyz Republic Ruslan Kazakbaev held the meeting with Minister of Foreign Affairs of the Republic of Tajikistan Sirojiddin Muhriddin.
The Foreign Ministers of two states noted strong commitment to all previously reached agreements, mutual respect of the territories and borders of two states and strict adherence to previously signed Protocols and also outlined further joint actions aimed at maintaining peace and stability in the border areas of Kyrgyzstan and Tajikistan.
The Ministers exchanged views on topical issues of the agenda of Kyrgyz-Tajik relations and discussed the organization of events at the highest and high levels in the near future.
The parties agreed that the completion of the legal formalization of the state border between Kyrgyzstan and Tajikistan will further stabilize the situation in the border regions of two countries and will undoubtedly have a positive impact on the entire range of relations between the two countries.