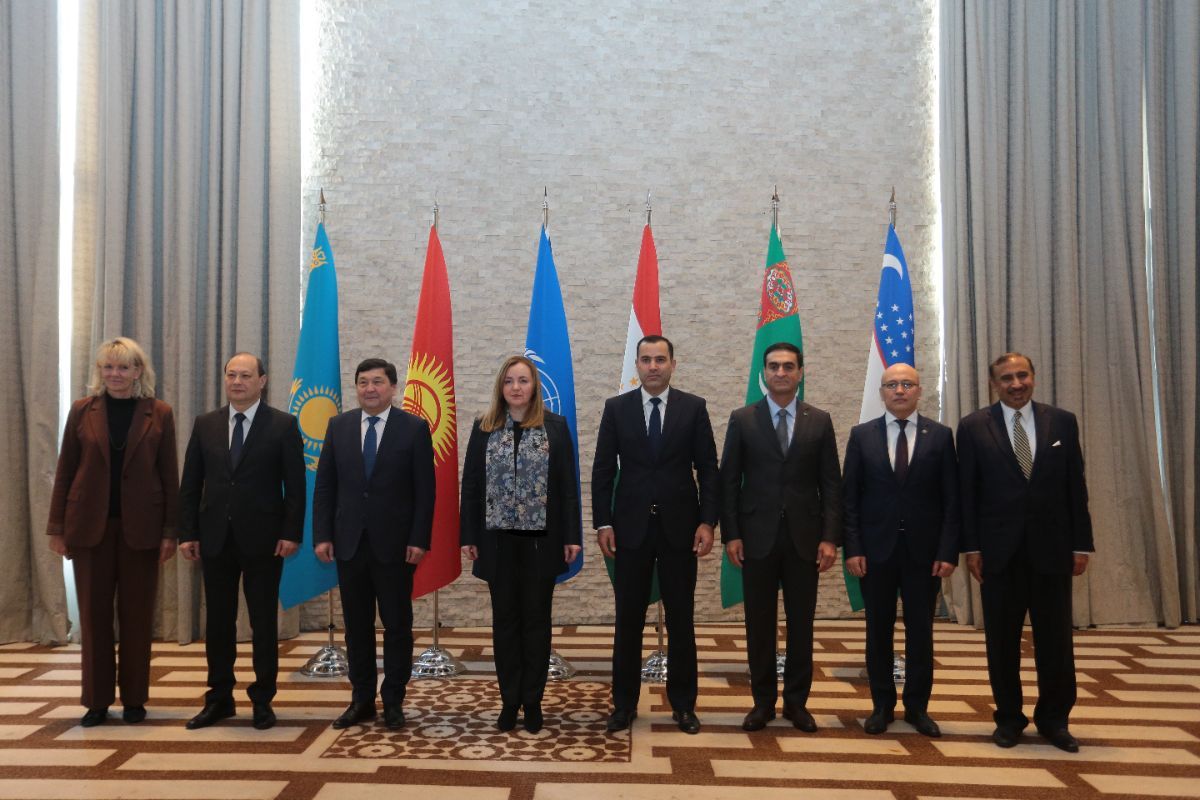 On December 7-8, 2021, in Dushanbe, Deputy Minister of Foreign Affairs of the Kyrgyz Republic Azizbek Madmarov took part in the 11th annual meeting of the Deputy Foreign Ministers of Central Asia, organized by the UN Regional Center for Preventive Diplomacy for Central Asia (UNRCCA).

At the beginning of the event, a video message from the UN Assistant Secretary-General for Europe, Central Asia, and America Miroslav Jenča was presented to the meeting participants.

As a part of the event, the parties reviewed the current situation in Central Asia, as well as the emerging new challenges and threats, including those that are related to the recent events in Afghanistan, and discussed the relevant activities of UNRCCA.

During his speech, Deputy Minister of Foreign Affairs of the Kyrgyz Republic A.Madmarov informed the participants about the negative impact of coronavirus infection on the Central Asian states, and its nexus to decrease in trade and economic ties between the states. In this context, he urged to consolidate and show mutual solidarity to prevent the disruption of supply chains that are vital for the people of the Central Asian region.

Also, A.Madmarov drew the attention of colleagues to the new challenges and threats associated with climate change, in this connection he announced the climatic goals that Kyrgyzstan plans to achieve in the future. Regarding the use of the region's water and energy resources, A.Madmarov emphasized that the Kyrgyz Republic is in favor of establishing long-term mutually beneficial cooperation in the water and energy sector through the exchange of energy resources, which will not only strengthen regional integration but also significantly reduce greenhouse gas emissions, which is extremely important for sustainable development of the entire region of Central Asia.

One of the central topics on the agenda of the event was the deterioration of the political situation in Afghanistan. The sides expressed their positions on the issue and called on the international community to provide immediate humanitarian assistance to the Afghan people.

Also during the event, graduates of the UNRCCA Preventive Diplomacy Academy made appeals to the governments of the Central Asian states on the international agenda, including social issues.

During the third session of the event, a video message by the UN Deputy Secretary-General, Head of the UN Office of Counter-Terrorism (UNOCT), Vladimir Voronkov was broadcast.

The presentation on the IV phase of the UNRCCA and UNOCT joint project "Towards the Implementation of the Joint Action Plan under the UN Global Counter-Terrorism Strategy in Central Asia" took place in line with the discussion on the content of the project where concrete proposals in the field of combating terrorism and preventing violent extremism have been made.

Also within the framework of participation in the event, a bilateral meeting with the Director of the UN Counter-Terrorism Center, Dr. Jehangir Khan was held. During the meeting, parties discussed issues of cooperation with the UNOCT, including projects in the field of strengthening border security, cyber security, repatriation and reintegration of citizens returned from the zones conflict, as well as the use of UAVs for counter-terrorism purposes.