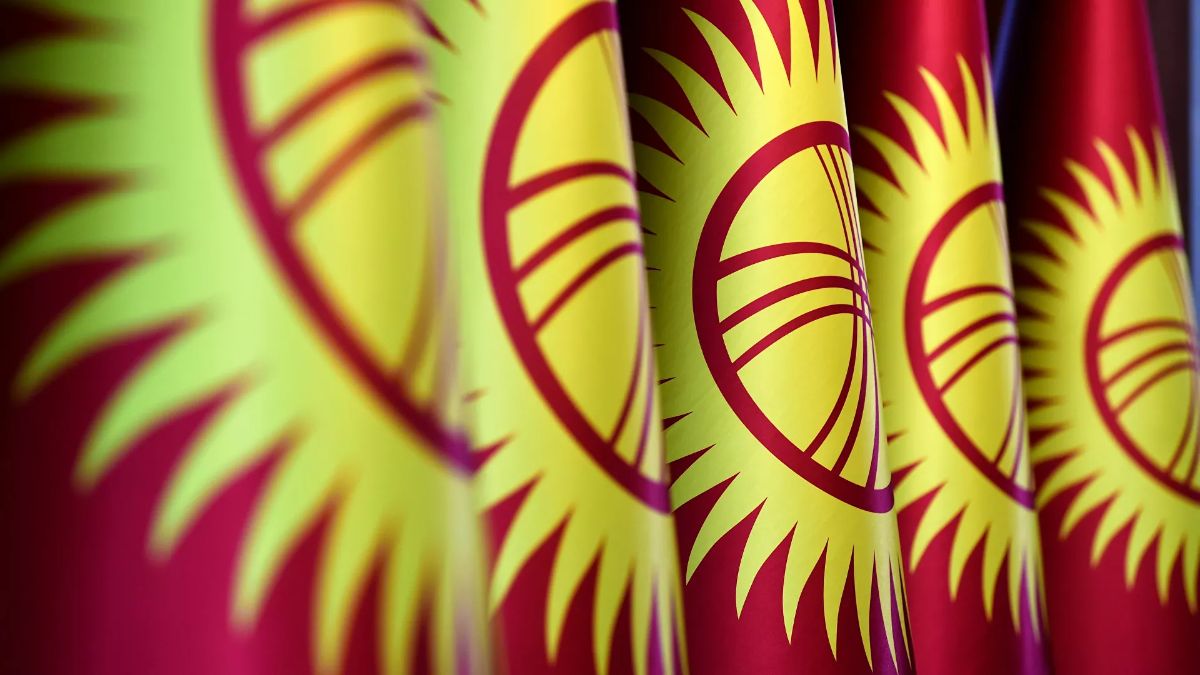 The first EU-Central Asia Economic Forum in Bishkek is the largest political event in the field of economics held in 2021, as well as Kyrgyzstan's diplomatic breakthrough both in the CA region and in cooperation with the European Union.

The forum was held on November 5, 2021 at the level of the heads of government of the Central Asian countries and the Executive Vice President of the European Commission V. Dombrovskis. The successful holding of the Forum in Bishkek can serve as its transformation into a new platform for interregional economic dialogue with the EU.

The institutionalization of the Forum as a permanent platform will provide an opportunity for representatives of the governments of Central Asian countries, Europe and economic operators to intensify bilateral trade and investment, including by promoting the creation of an enabling environment for business in Central Asia.

Creation and launch of development funds On August 18, the President of the Kyrgyz Republic S. Zhaparov signed the Law of the Kyrgyz Republic “On ratification of the Agreement between the Government of the Kyrgyz Republic and the Government of the Republic of Uzbekistan on the establishment of the Uzbek-Kyrgyz Development Fund, signed on March 11, 2021”. The Fund will finance self-sustaining projects in priority sectors of the economy of Kyrgyzstan by providing loans, participation in capital and using other financial instruments in relations with business entities registered and operating in the territory of Kyrgyzstan. The Fund will be an international organization with an authorized capital of $50 million, which is contributed by Uzbekistan, with a subsequent increase in the authorized capital to $200 million. From October 31 to November 11, 2021 in Glasgow (UK), the Kyrgyz delegation headed by the President of the Kyrgyz Republic S. Zhaparov took part in the 26th Conference of the Parties to the UN Framework Convention on Climate Change (COP-26).

Participation confirmed the commitment of Kyrgyzstan to the goals of the Paris Agreement and emphasized the importance for the country of international cooperation in solving the problem of climate change, made it possible to draw the attention of the world community, international donors, financial institutions and climate / environmental funds to the negative consequences of climate change in Kyrgyzstan, initiatives and national plans of the republic on contribution to the containment of global warming and adaptation to climate change, as well as to the investment potential of Kyrgyzstan.

On the margins of COP-26, the presentation of the updated NDC (Nationally Determined Contributions) of the Kyrgyz Republic to the Paris Agreement took place. This document will serve as a basis for dialogue with development partners when attracting climate finance to our country. Thus, at present, a visa-free regime is provided for citizens of 61 countries of the world.

Progress in the field of optimizing the processes for providing consular services abroad and protecting the rights and interests of citizens, as well as improving the conditions for the stay of citizens of the Kyrgyz Republic abroad.

In addition, as part of the work on the return of citizens of the Kyrgyz Republic who are (in difficult situations) in foreign countries to their homeland, the following has been worked out: In 2021, in order to counter the further spread of the COVID-19 virus infection in the Kyrgyz Republic and to assist in the provision of medicines and appropriate personal protective equipment, work was carried out to attract coronavirus vaccines to the country (Sputnik V, Sinopharm, Pfizer, Moderna, etc.) , PCR tests, reagents, personal protective equipment, humanitarian and other assistance in accordance with the needs and needs of the country (for information: according to the Republican Center for Immunoprophylaxis under the Ministry of Health of the Kyrgyz Republic, at the beginning of 2022, the following types of vaccines were received in the Kyrgyz Republic: Sinopharm - 4,150,000 doses, Sputnik V - 120,000 doses, AstraZeneca - 549,760 doses, Kazvak - 25,000 doses, Pfizer - 308,880 doses, Sputnik Light - 200,000 doses, Sinovak - 150,000 doses, Moderna - 115,200 doses).

The amount of humanitarian aid attracted to the Kyrgyz Republic during 2021 was approximately 287,443,916 soms.

As part of the implementation of the Action Plan, approved by the Decree of the President of the Kyrgyz Republic “On priority measures for the restoration and development of border villages of the Batken region” dated May 4, 2021 No. 113, assistance was provided in attracting financial and humanitarian assistance, which approximately amounted to 1,254,770,419 soms.

Positive assessment by the world community of referendums, presidential and parliamentary elections in the Kyrgyz Republic

Following the results of the early elections of the President of the Kyrgyz Republic and the referendum on determining the form of government on January 10, 2021, the will of the voters was the transition to the presidential form of government under the leadership of the head of state S. Zhaparov. As a result, there was a need to change the Basic Law and on April 11, 2021, elections of deputies of local keneshes and a referendum on the draft of the new Constitution of the Kyrgyz Republic were held.

In addition to the results of the above elections and referenda, the holding of parliamentary elections on November 28, 2021 was the final political stage and the next most important step in creating conditions for the implementation of the planned reforms by the country's leadership, as well as for the transition to accelerated development after the October events of last year.

In order to ensure the exercise of the electoral rights of our citizens located in foreign countries, during the year 4 election events were organized and held abroad, assistance was provided in the collection of biometric data and the organization of elections abroad by opening polling stations (their number in 2021 was increased from 48 to 59) in all foreign missions of the Kyrgyz Republic.