А – А А +
Обычная версия
Скрыть
News / News and Events / Ulukbek Maripov: The whole country believes in the victory of our athletes at the Paralympic Games in Tokyo 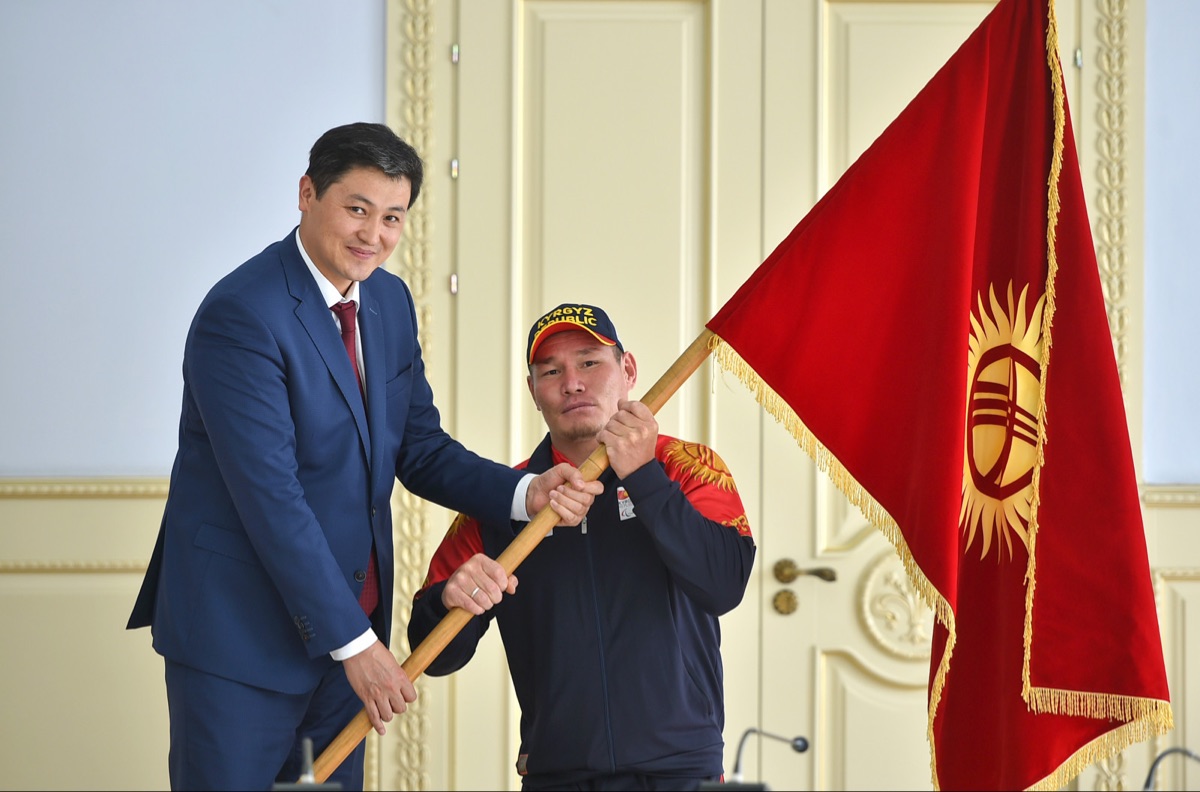 The Head of the Cabinet wished the athletes successful performances and new victories.

“Sport unites people, strengthens the spirit and helps to overcome any obstacles. With your sports results, you have proved that you can overcome all difficulties, by your personal example you have shown what willpower and striving for a set goal are. At the upcoming Paralympic Games, the entire Kyrgyz nation will be rooting for you. I wish you successful performances", concluded the Head of the Cabinet of Ministers and handed over the flag of the Kyrgyz Republic to a member of the Paralympic team Mr. Arystanbek Bazarkulov.

Recall that from August 24 to September 5, 2021, the XVI Paralympic Games will be held in Tokyo.

Among domestic athletes, licenses for the upcoming competitions were won by two people: Arystanbek Bazarkulov in para-track and field athletics (shot put) and Hayitkhon Khusan kyzy in para-judo in the weight category up to 57 kg among blind athletes.