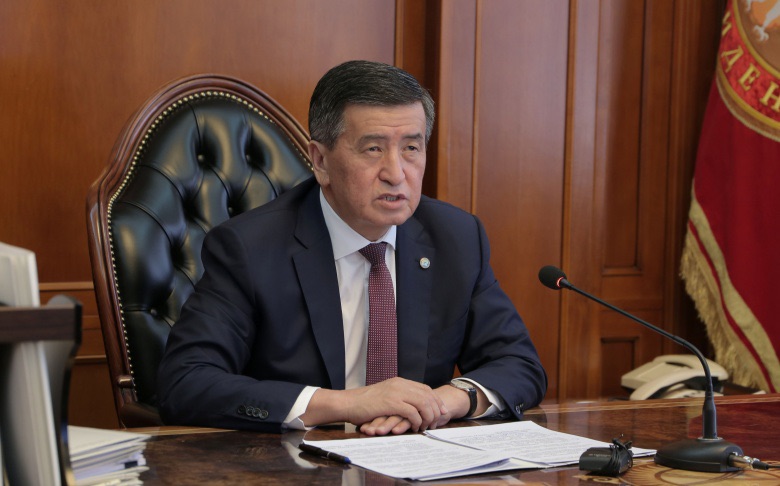 The current epidemiological situation in the country and the measures taken to stabilize it were discussed.

Kubatbek Boronov stressed that the Government continues to work hard to normalize the situation. The preparation of a project for the construction of 100-bed infectious diseases hospitals in the cities of Bishkek and Osh has begun. In the capital, a construction site has already been identified on the territory of the Republican Clinical Infectious Diseases Hospital.

He also said that the Government is taking measures to eliminate the shortage of medicines. A consignment of "heparin" has arrived from Uzbekistan, deliveries of various types of drugs from China are expected in the near future, negotiations are underway with pharmaceutical plants in India and Iran.

Also, taking into account the recommendations given by the leading medical specialists of the country during a recent meeting with the Head of State, additions were included in the algorithms and treatment protocols. Substitutes for "heparin" and "clexane" were included in the list of drugs used.

President Sooronbai Zheenbekov noted the need to strengthen control over the provision of hospitals and observation zones with medicines and medical supplies.

I drew attention to the lack of proper order in the operation of the Semetey observational zone on the territory of the Manas international airport.

Kubatbek Boronov said that control there has been strengthened, the day before the head of this observation zone was changed.

The President also drew attention to the issue of providing for the residents of the regions, in connection with which he said about the need to study the supply of medicines, taking into account remote mountain regions and the distant location of regions among themselves in some regions.

In addition, he noted the importance of providing full information to the population on the distribution of humanitarian aid in electronic format.

Sooronbai Zheenbekov supported the government initiative to build hospitals in Bishkek and Osh from pre-fabricated structures. He added that the mayor's office of Bishkek is also considering the issue of building a multidisciplinary hospital in the capital with the involvement of investors.

He drew attention to the strengthening of disinfection measures in public places, streets of cities and districts. Along with the above, he stressed the need for uninterrupted preparation for the autumn-winter period.

President Sooronbai Zheenbekov also recalled that during a recent visit to the textile factory of Textile Trans LLC in the Chui region, it turned out that, due to the non-issuance of certificates from the relevant state bodies, the factory could not fully launch the production of medical masks. The head of state called for assistance to the enterprise in resolving issues, taking into account their social orientation in the current situation.

On a weekly basis, President Sooronbai Zheenbekov holds online meetings with Prime Minister Kubatbek Boronov on the current epidemiological situation in the country.