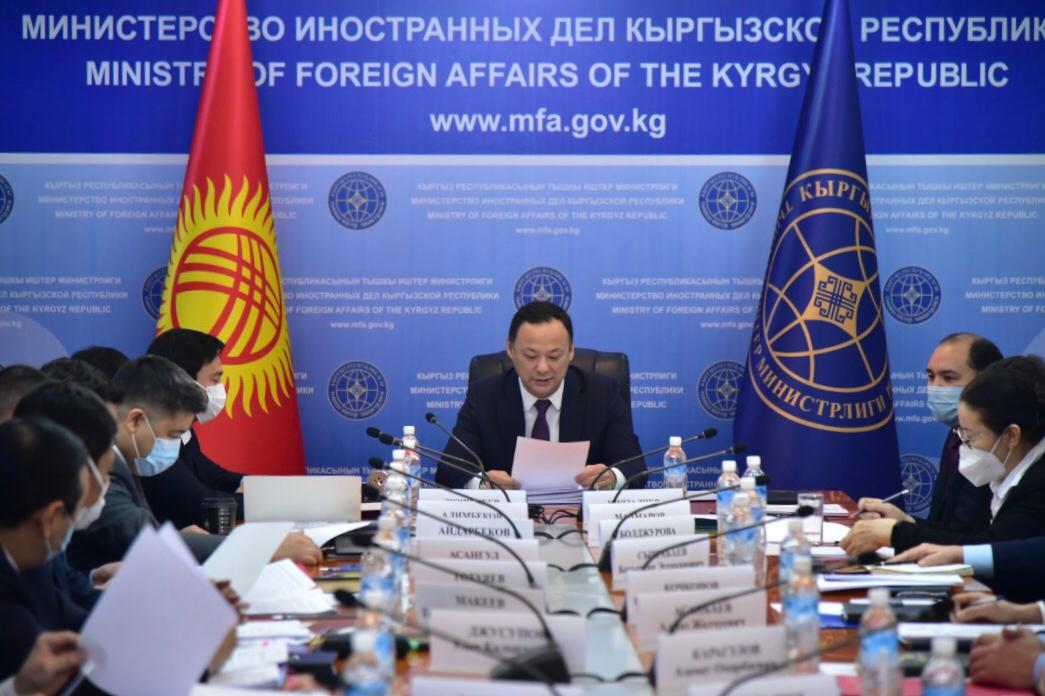 During the meeting, the results of the activities of the Ministry of Foreign Affairs of the Kyrgyz Republic for 2020 and the main tasks of the Ministry for 2021 were considered, the reports of the heads of structural divisions, subordinate organizations and the authorized representative were heard.

At the same time, the Ministry provided assistance to the Ministry of Finance of the Kyrgyz Republic on attracting external assistance not only to prevent and combat the COVID-19 pandemic, but also to support the budget. As of the current moment, in general, an agreement has been reached with donors in the amount of $ 774.4 million, of which $ 343.3 million of external financial assistance has been attracted, of which loans amount to $ 271.3 million and grants - US $ 72.0 million.

In addition, Minister Ruslan Kazakbayev informed about the most important functional component of the Ministry of Foreign Affairs to protect the interests of the state and its citizens, in particular, he noted the assistance in the return of Kyrgyz citizens from abroad, the maintenance of food security, efforts to restructure the external debt and delay payments on it. In general, in recent months an agreement has been reached on the temporary suspension of servicing foreign debt to foreign states.

R. Kazakbayev outlined the key directions of the foreign policy of the Kyrgyz Republic for the implementation of the tasks of economic and environmental diplomacy, assistance to the development of the regions of the Kyrgyz Republic, the expansion of integration processes in the Central Asian region, the strengthening of strategic partnership, and the solution of pressing foreign policy problems.

At the collegium, special attention was paid to the events planned for the next year, including the work of the Ministry of preparation of foreign missions of the Kyrgyz Republic for the upcoming presidential elections in the Kyrgyz Republic and the Referendum, as well as the 100th anniversary of the prominent statesman and diplomat S. Begmatova, who for many years headed the Ministry of Foreign Affairs of the Kyrgyz SSR.