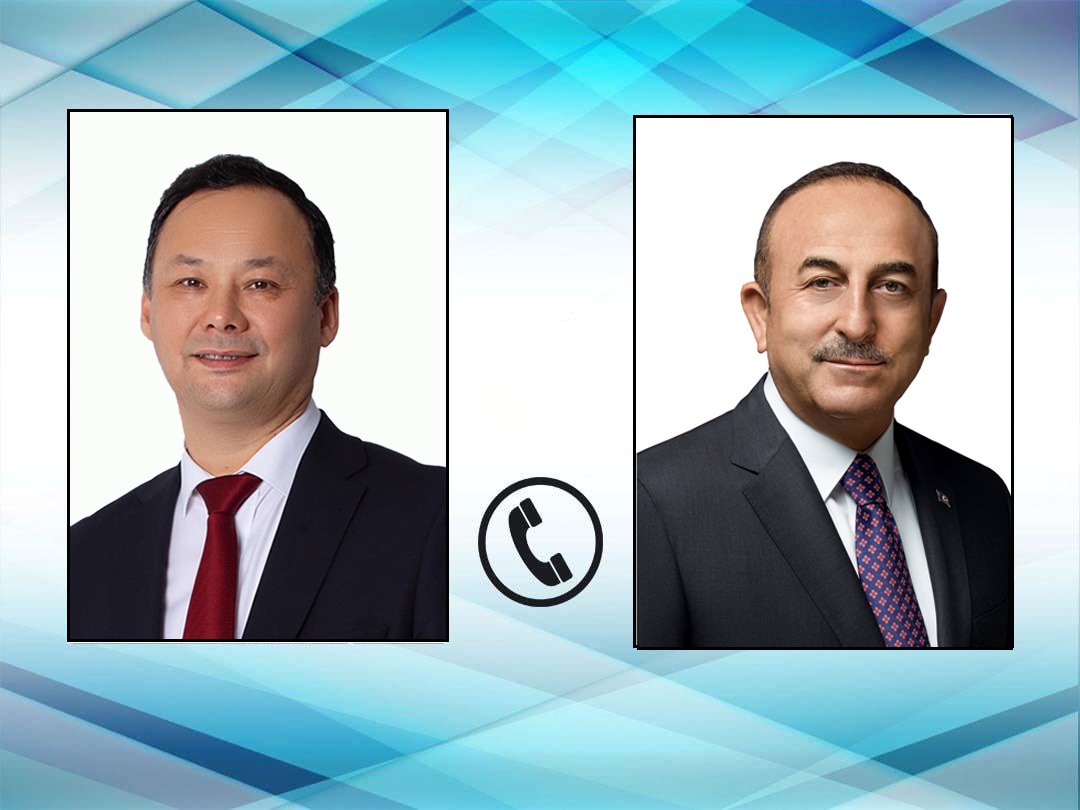 On May 1, 2021, on the initiative of the Turkish side, the Foreign Minister of the Kyrgyz Republic R.Kazakbaev held a telephone conversation with the Minister of Foreign Affairs of the Republic of Turkey M.Chavushoglu.

At the beginning of the conversation, M.Chavushoglu expressed his condolences to the people of the Kyrgyz Republic and noted that he received with bitterness and deep sorrow the news about the dead and injured citizens in the events that took place on the Kyrgyz-Tajik border on April 28-29, 2021. At the same time, he said that the Turkish side welcomed the agreements reached to stabilize the situation and the measures taken by the parties to prevent further escalation of tension.

Minister R.Kazakbaev thanked the Minister M.Chavushoglu for the warm words, noted that on April 30, the Kyrgyz and Tajik sides, according to the agreements reached by the President of the Kyrgyz Republic S.Japarov and the President of the Republic of Tajikistan E.Rakhmon, as well as telephone conversations of the foreign ministers, came to a mutual agreement on the cessation of hostilities and the withdrawal of troops and military equipment from the border areas. He informed about the creation of a joint working group consisting of law enforcement and executive authorities of the two countries in order to implement the planned measures and create appropriate stabilizing conditions for further fruitful negotiations in the interests of the two friendly peoples and States.

M.Chavushoglu noted the determination of the Turkish side in providing medical and humanitarian assistance to the victims, and also expressed the readiness of the Turkish Republic to provide all possible assistance in the socio-economic and infrastructural reconstruction of the conflict-affected region of the Kyrgyz Republic.