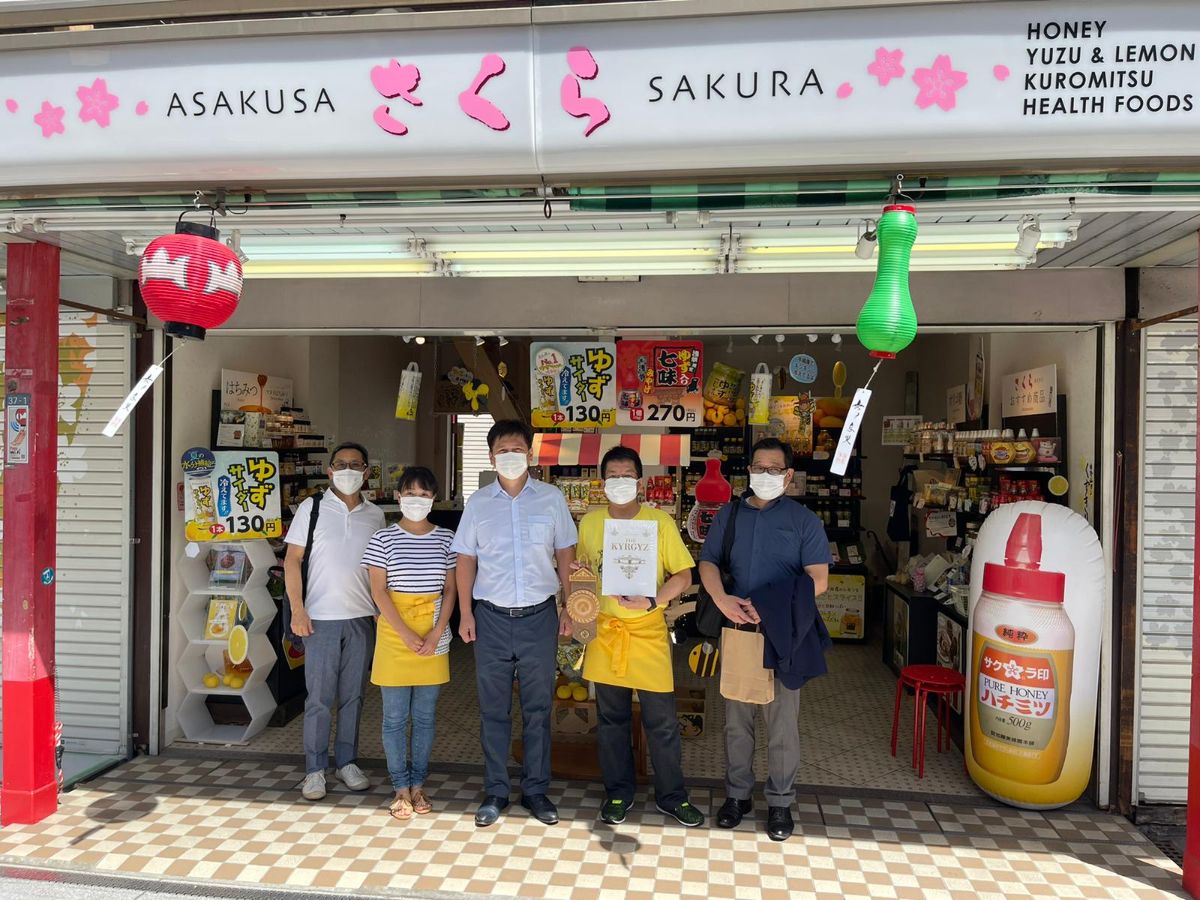 On August 20, 2021, Ambassador Extraordinary and Plenipotentiary of the Kyrgyz Republic to Japan Mirlan Arstanbaev visited the store of the Kato Bihoen company, located on an old shopping street behind the famous Kaminari-mon gates of the Senso-ji temple in Asakusa, Tokyo.

At the beginning of the meeting, the Director of Kato Bihoen Kato Dzyutaro informed about the company's activities. He further noted that the company has started selling honey produced in the Kyrgyz Republic and is interested in expanding mutually beneficial cooperation. Kato Dzyutaro stressed that despite its high price, Kyrgyz honey is gaining popularity among the citizens of Japan.

In turn, the Ambassador Mirlan Arstanbaev noted with satisfaction the positive trend in the growth of honey exports from Kyrgyzstan. With the active work of entrepreneurs of the two countries, a sharp increase in exports has been observed since 2020. So, according to the data of the National Statistical Committee of the Kyrgyz Republic for the first half of 2021 (January-June), the volume of honey exports to Japan amounted to 25.2 tons (15.7 tons in 2020 and 13.4 tons in 2019).

The Ambassador expressed his gratitude to the companies for their assistance in the development of trade relations between the two countries and expressed readiness to further assist the companies.

At the end of the meeting, the parties agreed to maintain close contacts on the further promotion of the export of organic products of Kyrgyzstan to Japan.

For reference: "Kato Bihoen" was founded in 1947, the number of employees is 226 people, the company's sales for 2020 amounted to about 125 million US dollars.