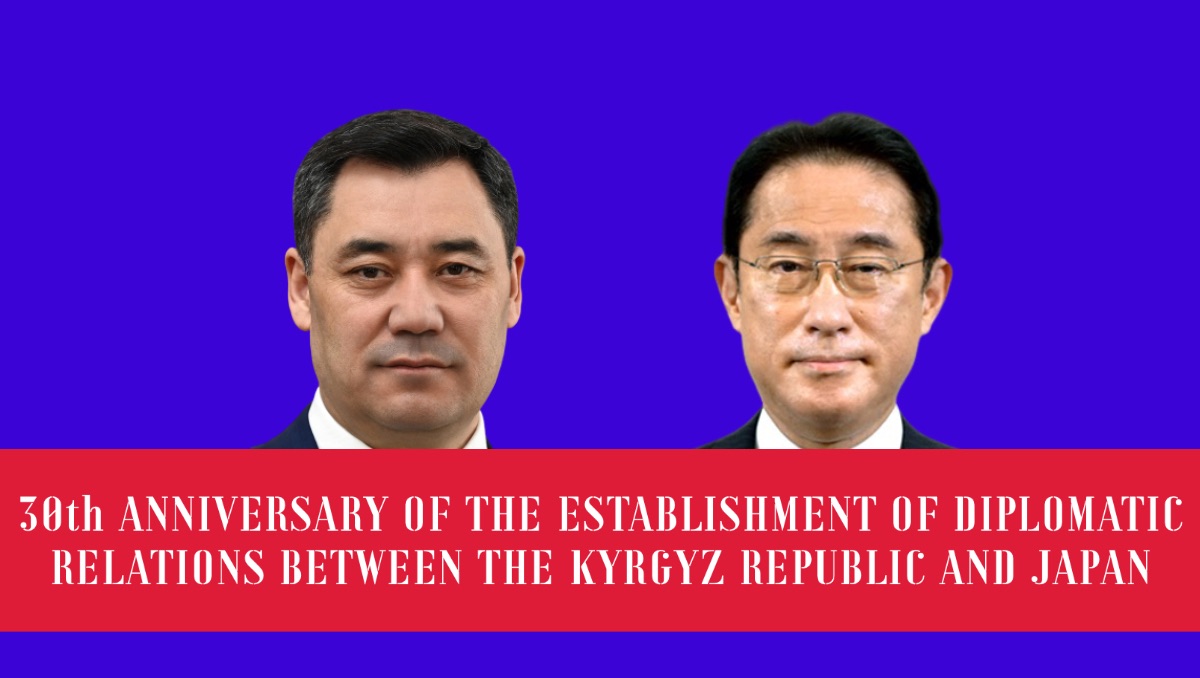 Prime Minister of Japan Fumio Kishida congratulated the President of the Kyrgyz Republic Sadyr Zhaparov on the occasion of the 30th anniversary of the establishment of diplomatic relations between Japan and Kyrgyzstan.

Japan has been cooperating with Kyrgyzstan for a long time, since Kyrgyzstan gained independence, in the field of strengthening statehood, including the development of human resources.

Kyrgyzstan is a friendly country with which Japan has been developing a mutually beneficial partnership for many years. Japan intends to continue supporting the socio-economic development of Kyrgyzstan, as well as interact with you to strengthen ties with Kyrgyzstan," the congratulatory message says.

Prime Minister Fumio Kishida wished President Sadyr Zhaparov good health and success in his activities, and well-being to the people of Kyrgyzstan.