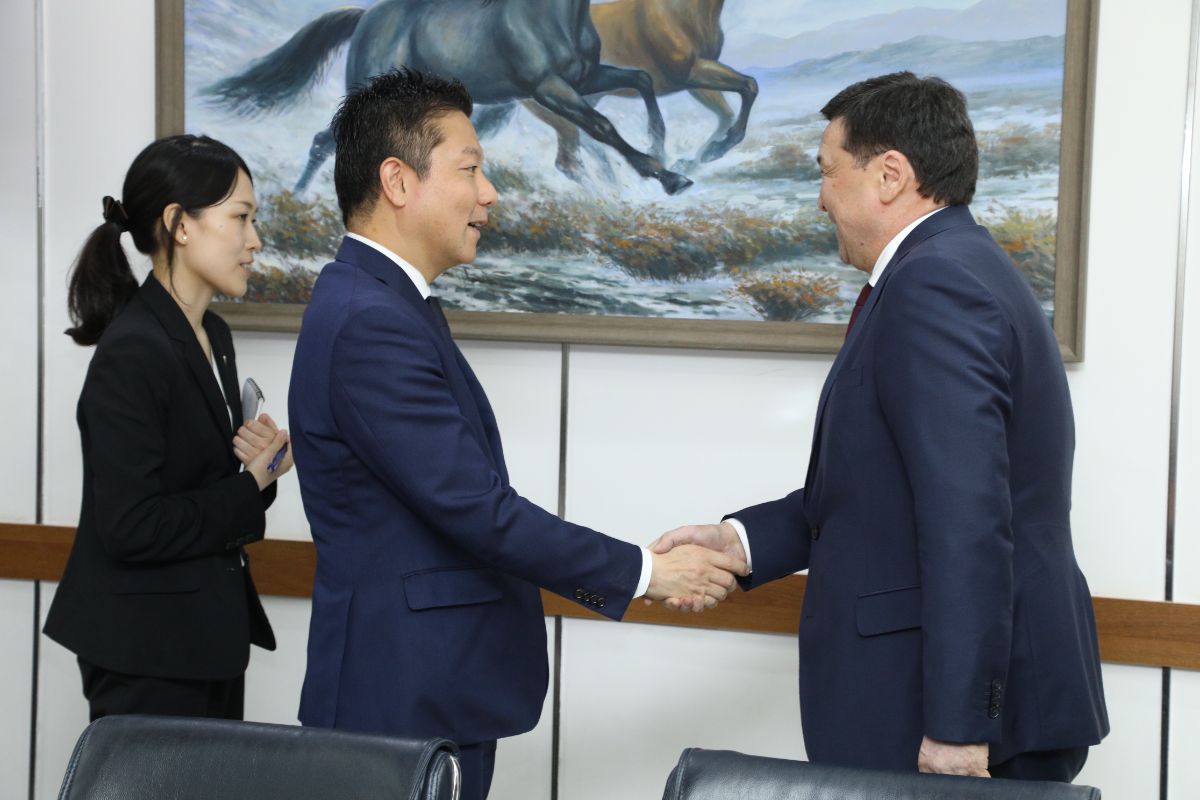 During the meeting with the Parliamentary Vice Minister of Foreign Affairs of Japan T. Honda, an exchange of views took place on the state and prospects of bilateral cooperation. In particular, A. Madmarov and T. Honda noted with satisfaction the successes achieved over three decades in the development of Kyrgyz-Japanese cooperation in the political, trade, economic, cultural and humanitarian spheres. They emphasized the importance and significance of interaction in multilateral formats, in particular within the framework of the Central Asia + Japan Dialogue.

Deputy Minister A.Madmarov especially noted the support of the Government of Japan in the socio-economic development of the country since the independence of Kyrgyzstan, including through the Japan International Cooperation Agency (JICA). Among other things, the Kyrgyz side voiced a request to consider the possibility of developing large projects in the country through the Japan Agency.

The interest in further joint implementation of infrastructure projects, expansion of the One Village - One Product project, which contributes to the development of the regions of Kyrgyzstan, as well as interaction in the field of education and development of the country's human resources, was emphasized.

Deputy Minister A. Madmarov expressed confidence in further close work on the entire range of issues of mutual interest, in particular in building up cooperation between the two countries in the field of green economy, investment and IT.

In turn, the Parliamentary Vice Minister of Foreign Affairs of Japan T. Honda noted a fruitful meeting, during which the first personal contact between the Prime Minister of Japan F. Kishida and the President of the Kyrgyz Republic S. Zhaparov took place in November 2021 in Glasgow during the Summit on climate. He expressed the intention of the Japanese side to continue assisting in economic and social reforms in the Kyrgyz Republic.

The parties also exchanged views on the organization of high-level and top-level visits, as well as economic, scientific, cultural and humanitarian events in the anniversary year for Kyrgyzstan and Japan. As part of the celebration of the anniversary date, on September 17 of this year, the Embassy of Japan in the Kyrgyz Republic plans to hold a concert with the participation of Japanese drummers from Tokyo and the Oodedaiko drummer group of the Kyrgyz-Japanese Center for Human Development.

T. Honda also noted the importance of fruitful cooperation in mutual support within the framework of international organizations. The parties expressed their readiness to consider proposals for mutual support.

At the end of the conversation, the parties confirmed their common desire to further deepen bilateral cooperation on topical issues on the bilateral and multilateral agenda of Kyrgyz-Japanese relations.