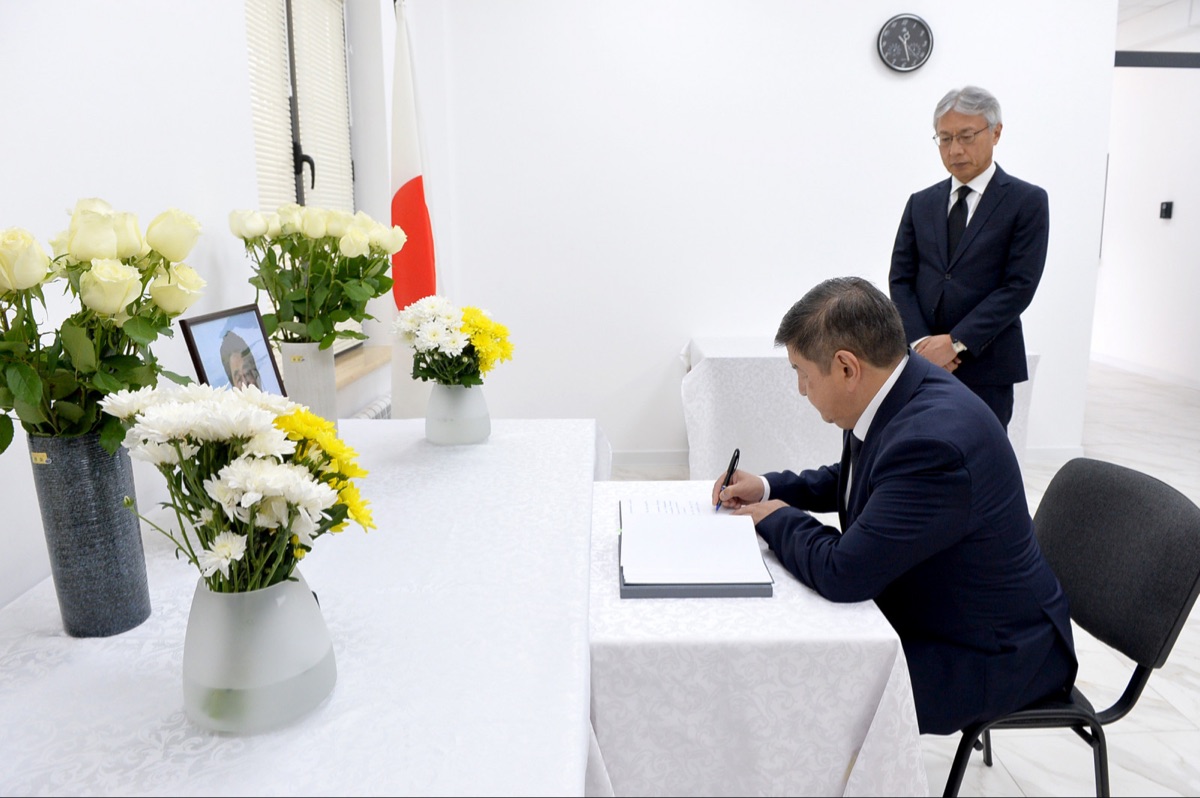 Chairman of the Cabinet of Ministers of the Kyrgyz Republic Akylbek Zhaparov visited the Japanese Embassy in the Kyrgyz Republic and left words of support and condolences in the book of records opened in connection with the tragic death of the country's ex-Prime Minister Shinzo Abe.

“A decisive person and a talented politician passed away. This is a huge loss for the entire world community. Kyrgyzstan will keep a bright memory of Mr. Abe as an outstanding statesman who played an important role in strengthening friendly relations between Kyrgyzstan and Japan. His loss is irreplaceable for all who knew him. The people of Kyrgyzstan mourn together with the people of Japan,” wrote Akylbek Zhaparov.

Ambassador Extraordinary and Plenipotentiary of Japan to the Kyrgyz Republic Maeda Shigeki thanked the Head of the Cabinet of Ministers for condolences, noting that he would make efforts to further strengthen interstate relations between Japan and Kyrgyzstan.