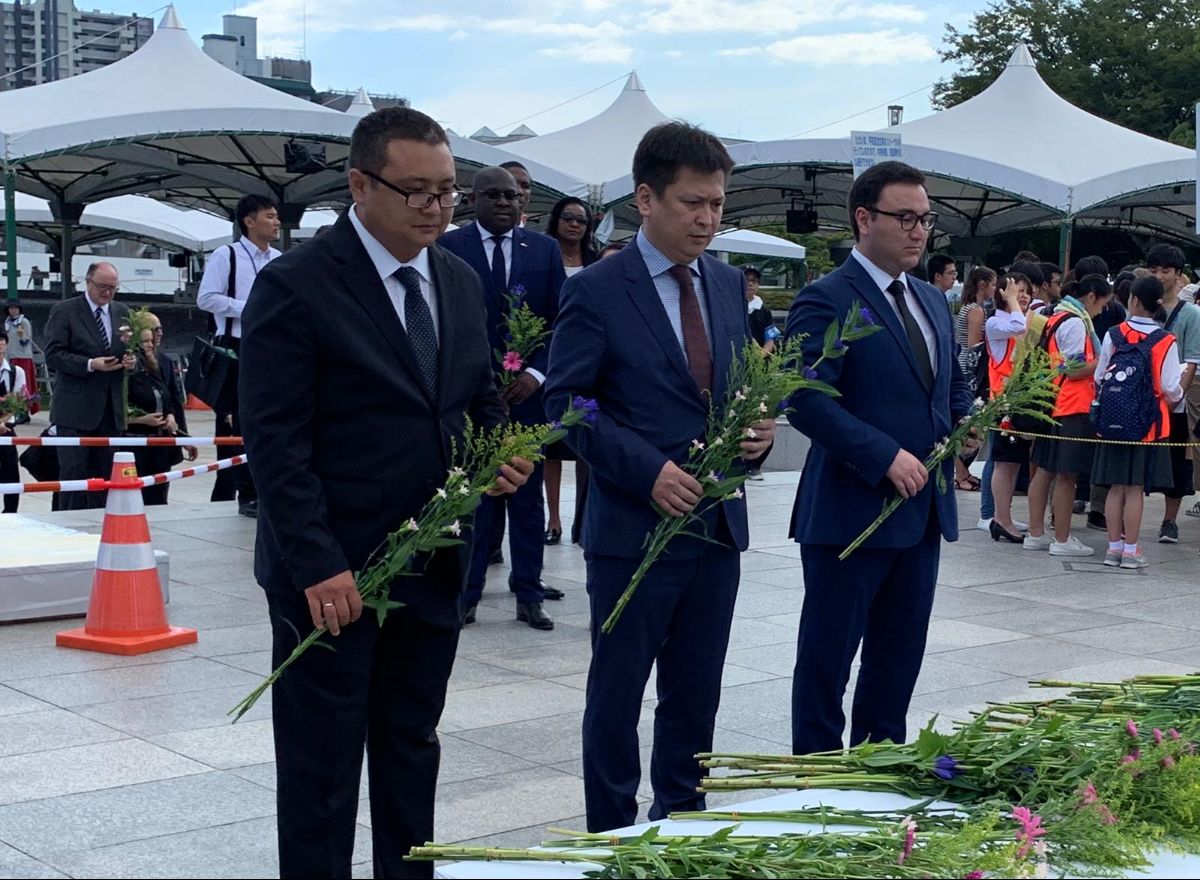 On August 6, 2019 Ambassador Extraordinary and Plenipotentiary of the Kyrgyz Republic to Japan Mr. M.E. Arstanbaev took part in the 74th memorial ceremony dedicated to the memory of the victims of the atomic bombing of the City of Hiroshima.

The memorial ceremony was traditionally held in Peace Memorial Park in the center of Hiroshima.

Memorial events began at 08:15 local time at the time of the atomic bomb explosion 74 years ago. Throughout the country, a minute of silence was announced, which was counted by the blows of the bell. Hiroshima Mayor Mr. Kazumi Matsui introduced a Peace Declaration calling for complete nuclear disarmament.

Also, the Prime Minister of Japan Mr. Shinzo Abe, MPs and members of the Cabinet of Ministers of Japan, the diplomatic corps accredited in Japan, representatives of the families of the victims and survivors of the atomic bombing, as well as residents and visitors of the Сity of Hiroshima also attended memorial events.