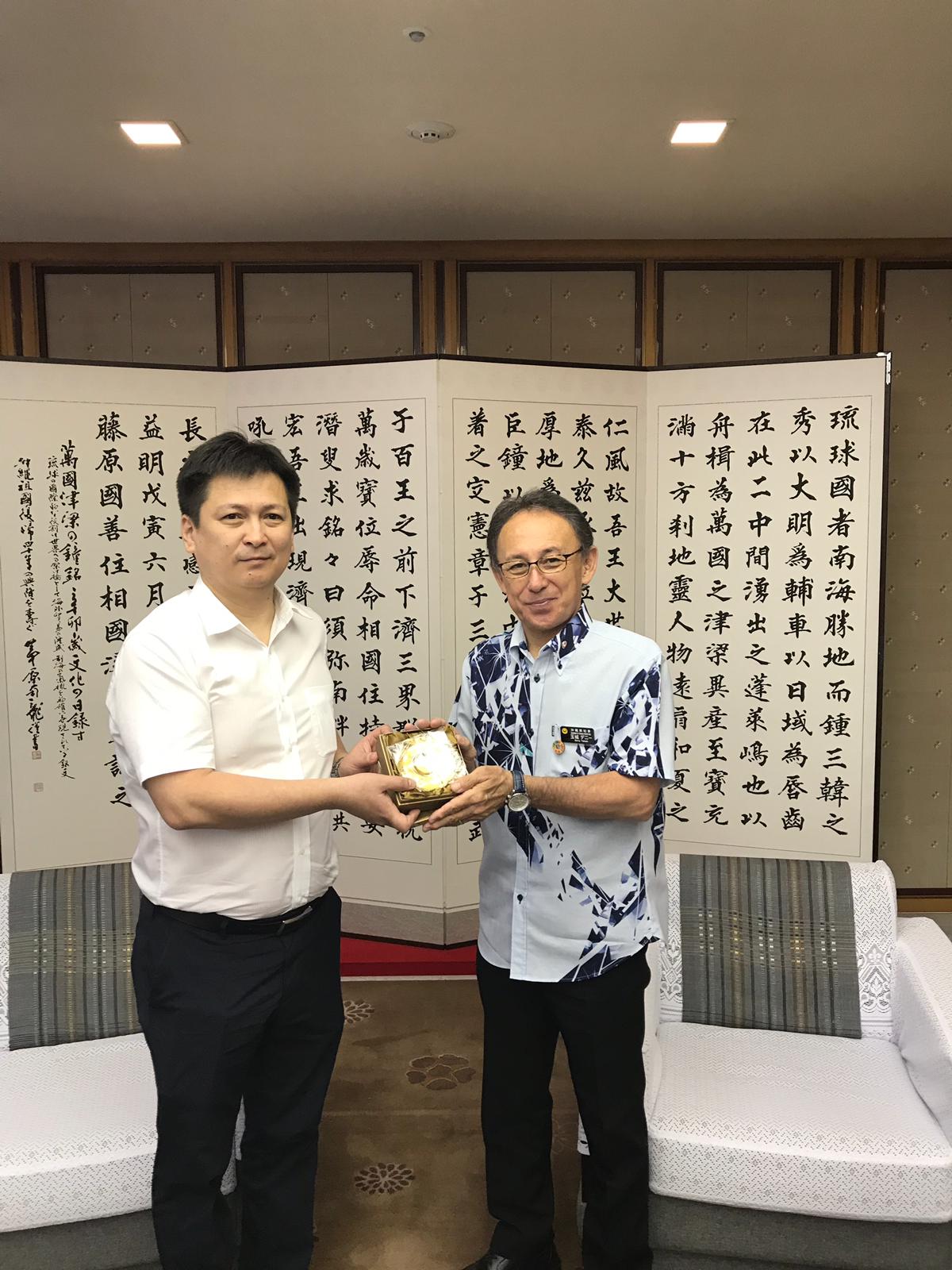 On August 7-9, 2019, Ambassador Extraordinary and Plenipotentiary of the Kyrgyz Republic to Japan M. Arstanbaev made a working trip to Okinawa Prefecture. During the trip, Ambassador met with the Governor of the Prefecture Denny Tamaki, Mayor of Naha City Mikiko Shiroma, as well as the Director General of the Kyushu-Okinawa Regional Immigration Bureau Hiroshi Kimizuka, the Director of the Immigration Bureau for the city of Naha Mishima Nobuhiko, and the Chairperson of the Okinawan Convention and Visitors Bureau as well as representatives of the Department of Tourism of the Prefectural Governmentand the management of Loisir Hotels Okinawa Co., Ltd and The Terrace Hotels. Number of Kyrgyz citizens work at the hotels of these companies.

During the meetings, the Okinawan side noted that today the annual number of inbound tourists comprises 10 million while the number of local population is only 1.4 million people. In this regard, the service sector is experiencing an acute shortage of workers. The Japanese side called on the Kyrgyz authorities to work on preparing and sending more workers. Ambassador M. Arstanbaev spoke about the demographic situation of Kyrgyzstan, the level of education of the population, the potential of vocational and higher education institutions, as well as measures taken by the Embassy and relevant authorities of the Kyrgyz Republic to train personnel for work in Japan. In addition, he focused on the state of bilateral economic, cultural and humanitarian cooperation and prospects for the near future. Having made a number of initiatives, Ambassador invited the prefectural leadership to visit the Kyrgyz Republic, during which the Embassy is ready to organize their meetings with local authorities, educational institutions, as well as the country's business community.

Also, on August 8, 2019, consular services were provided to Kyrgyz citizens living in Okinawa Prefecture, including consular registration, legalization of documents issued by state bodies of the Kyrgyz Republic, and consultations on various consular issues.

In the evening of the same day, the Embassy took part in a reception for citizens of the Kyrgyz Republic, held by “Relationship” company, which organizes and recruits Kyrgyz workers to work in Japan. On August 9, 2019, Ambassador M.Arstanbaev inspected a hostel recently built by the “Relationship” company for workers from Kyrgyzstan.