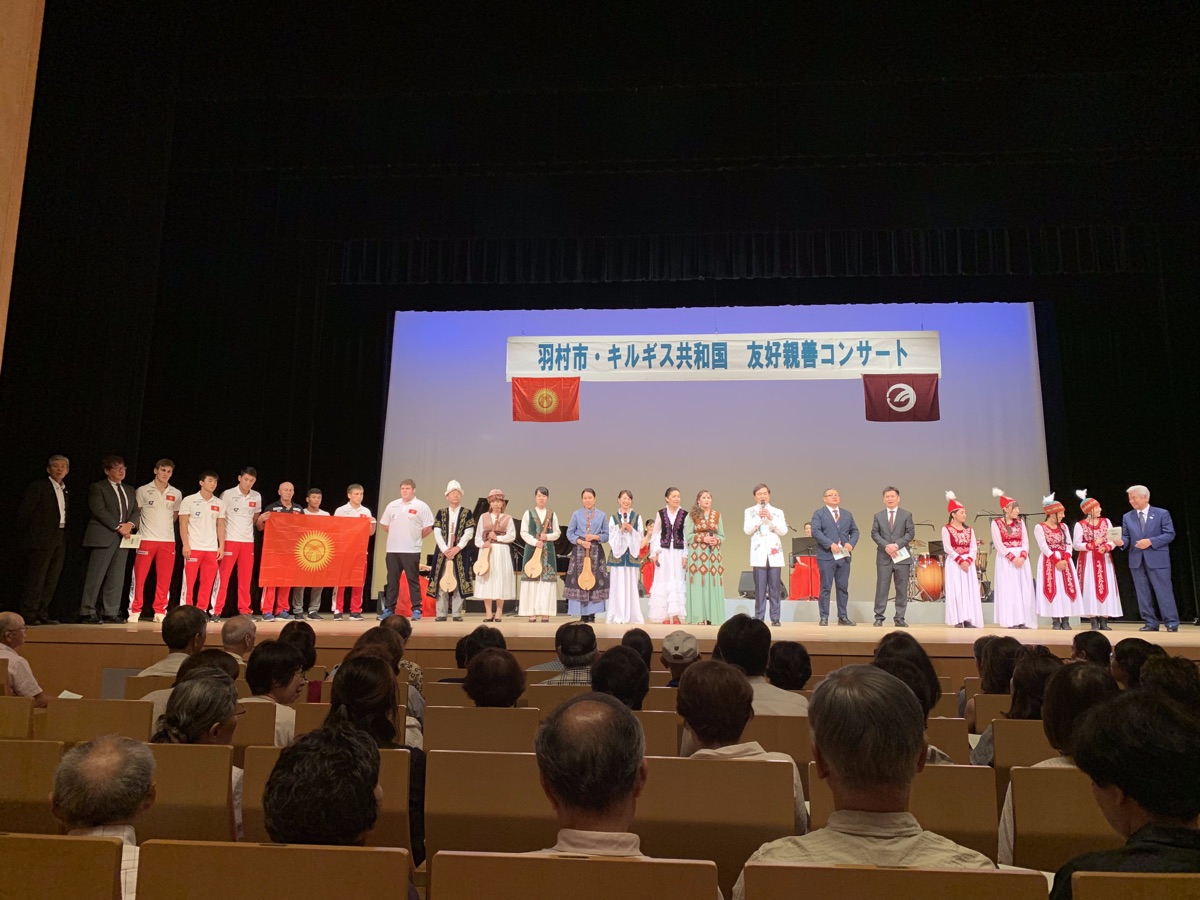 As part of the work carried out by the Embassy of the Kyrgyz Republic to Japan in the field of culture and sports, on August 18, 2019 in Hamura City, Tokyo Prefecture, a Friendship concert was held with the participation of Kyrgyz and Japanese performers and creative groups, organized by Hamura City Hall.

Kyrgyz performers Gulum Kasymbaeva, Kalyman Umetbaeva, the Japanese singer Mita Ryo, the Japanese quartet Tokyo Hibiscus, as well as the Japanese komuz players of the Tokyo Institute of Art performed for the residents and guests of the Hamura City.

Also, as part of the event, a national Kyrgyz yurt was erected, a photo exhibition of Kyrgyz landscapes, an exhibition of national clothes, fair of national souvenirs, felt products and honey, a creative workshop for children and documentary film screening about Kyrgyzstan were organized.

Following the concert, an official Welcoming ceremony was held for the National judo team of the Kyrgyz Republic, who arrived in Japan to participate in the World Championships, which will be held from August 25-31, 2019 in Tokyo.

Based on the results of earlier agreements between the Kyrgyz and Japanese sides, Kyrgyz judokas conducting training camp in the Hamura City.