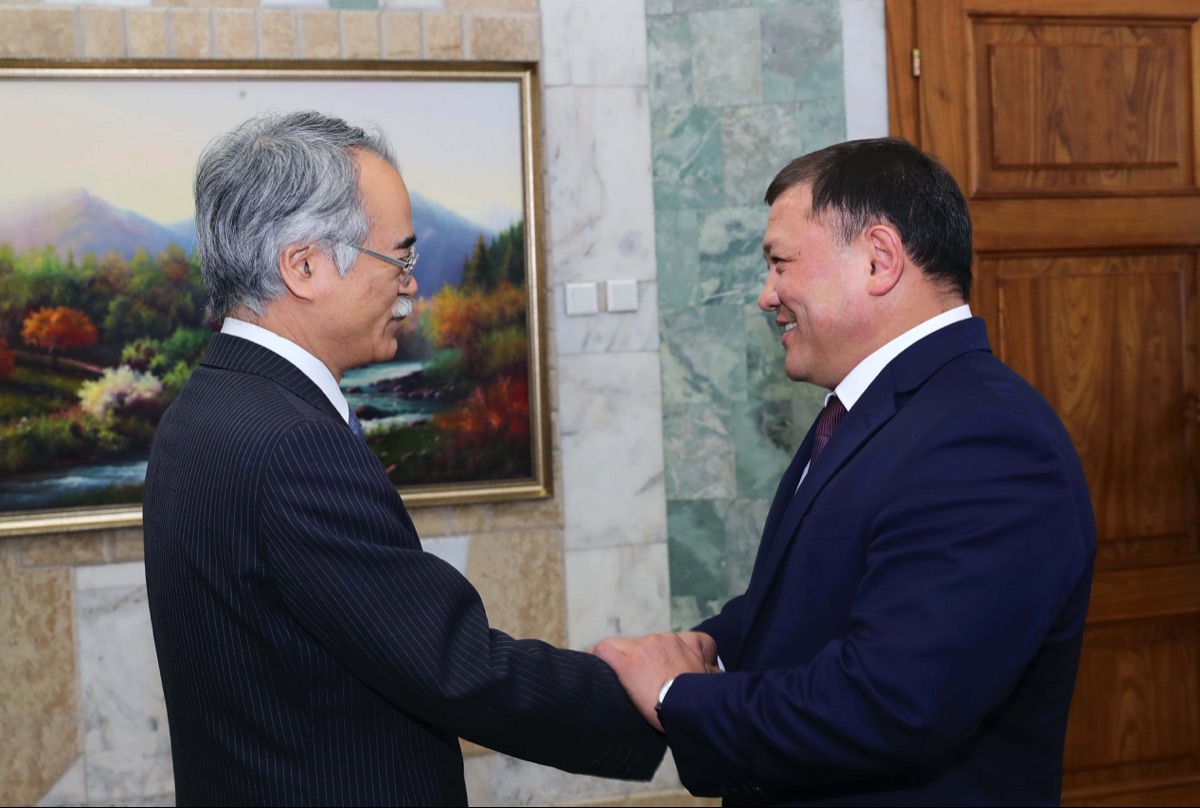 Today, September 10, the Speaker of the Parliament of the Kyrgyz Republic Dastanbek Dzhumabekov received the Ambassador Extraordinary and Plenipotentiary of Japan to Kyrgyzstan Yoshihiro Yamamura on the occasion of the completion of his diplomatic mission.

The Speaker thanked Yoshihiro Yamamura for his fruitful work and personal contribution to the development of Kyrgyz-Japanese relations and the strengthening of friendship between our peoples.

Dastanbek Dzhumabekov emphasized that Kyrgyzstan attaches particular importance to the development of bilateral relations with Japan.

During the meeting, Dzhumabekov emphasized that between our countries there was fruitful cooperation in the field of economy. During Yoshihiro Yamamura’s activities, grant projects totaling more than 10 billion yen were signed. The Speaker also noted the successful cooperation of the two countries in improving the electoral system of the Kyrgyz Republic in 2017.

The Speaker Dzhumabekov also noted the personal contribution of the Ambassador to the development and strengthening of cooperation between parliamentarians of Kyrgyzstan and Japan. In September 2018, a delegation of the Japanese Parliamentary Friendship League for Cooperation with the Kyrgyz Republic paid a visit to Bishkek.

During the visit, the First Kyrgyz-Japanese Inter-Parliamentary Forum was held, which presented an opportunity to discuss promising areas of inter-parliamentary cooperation between the two countries. In this regard, on September 29, 2019, a return visit to Japan of the parliamentary friendship group of the Kyrgyz Parliament, headed by its leader, deputy Taalai Masabirov, is planned. The Speaker expressed confidence that this visit will give an additional impetus to the deepening of inter-parliamentary relations between the two countries.

In turn, the Ambassador Extraordinary and Plenipotentiary of Japan to Kyrgyzstan Yoshihiro Yamamura expressed gratitude for the warm welcome. He also expressed the view that relations between Kyrgyzstan and Japan will be strengthened and expanded.

The Speaker presented to Ambassador Yoshihiro Yamamura Certificate of Honor of the Parliament of the Kyrgyz Republic and wished him success and prosperity.